As a result of numerous complaints regarding excess baggage being towed into train compartments, the Indian Railways has decided to strictly enforce its over-three-decades-old baggage allowance rules. 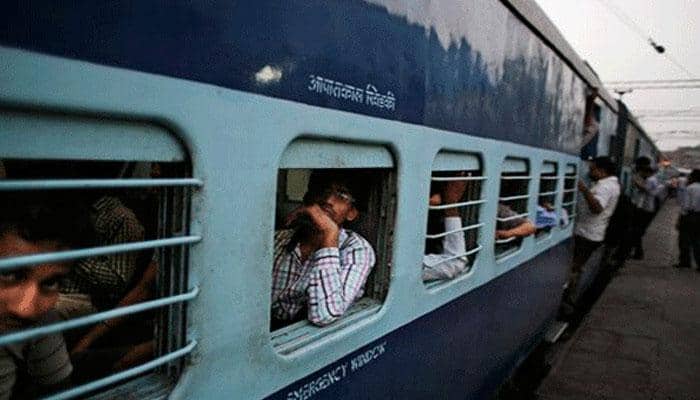 New Delhi: Just like air travel, now beware of carrying excess luggage while travelling in trains as well. As a result of numerous complaints regarding excess baggage being towed into train compartments, the Indian Railways has decided to strictly enforce its over-three-decades-old baggage allowance rules, which will see passengers paying up to six times the stipulated amount as penalty, if caught travelling with overweight luggage, an official said on Tuesday.

"The rules were already in place, we are just enforcing them strictly now. Passengers are allowed to book and carry excess luggage in the luggage van, up to the maximum limit, on the payment of a fee equivalent to one-and-a-half times the luggage rate.

"If a passenger is found travelling with un-booked luggage weighing more than the free allowance, the excess weight will be charged six times the luggage rate. The move is to ensure passenger convenience and address the issue of cramped compartments," Ved Prakash, Director, Information and Publicity, Railway Board, said.

Officials said unlike at the airports, where the luggage of each passenger is weighed, the railways will carry out random checks among the passengers.

For example, if a passenger is travelling 500 km with luggage weighing 80 kg in the sleeper class, he can book his excess baggage of 40 kg for Rs 109 in the luggage van.

However, if he fails to do so and is caught with the excess luggage, he will end up paying a penalty of Rs 654.

Similarly, an AC first class passenger can carry 70 kg of luggage for free and a maximum of 150 kg, after paying a fee for the excess 80 kg.

An AC two-tier passenger can carry 50 kg of luggage for free and a maximum of 100 kg by paying a fee for the excess 50 kg.

The railways will also ensure that trunks, suitcases and boxes adhere to the prescribed measurements of 100cm x 60cm x 25cm (length, breadth, height) for personal luggage to be carried in the compartments.

If the trunks, suitcases and boxes exceed any one of the dimensions, those would have to be booked and carried in the luggage van, Prakash said.

The national transporter has launched a special drive (June 1-6) across all its zones to enforce the rules.