The field formations were asked to strictly enforce the COVID protocol. 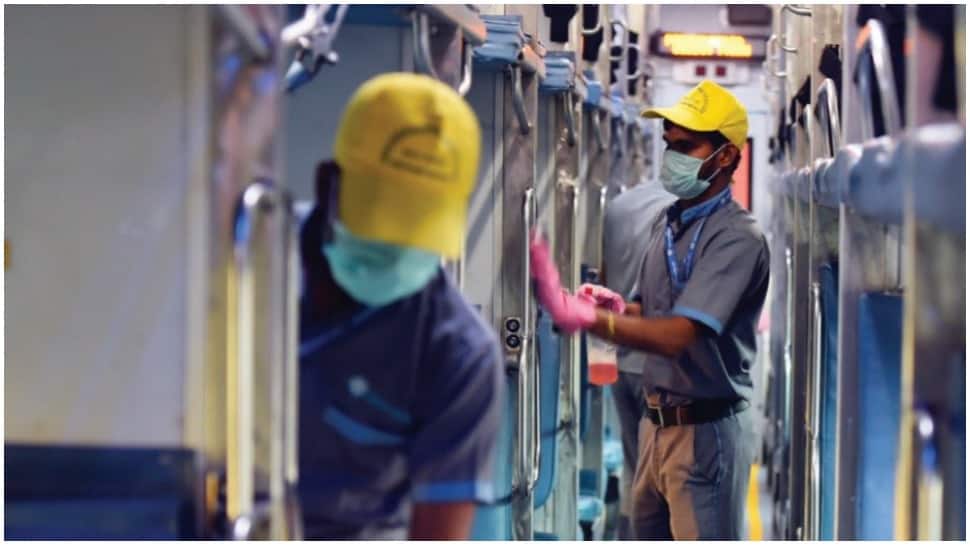 New Delhi: The Indian Railways has reviewed its security, crowd management and enforcement of COVID-19 protocol, as footfalls have started increasing ahead of the festive season.

"The railway stations and trains will witness a manifold increase in footfall during the upcoming festive season and to face the challenges posed by increased footfall effectively, especially during the COVID-19 outbreak, Chairman-cum-CEO/Railway Board, Member (Operations and Business Development) and DG/RPF interacted with officers of the field formation at zonal and divisional levels through a video conference," said the Ministry of Railways.

According to them, the field formations were asked to launch an intensive awareness campaign among the travelling passengers regarding the guidelines issued by Railway administration to prevent the spread of coronavirus in railway stations and trains.

They were also asked to strictly enforce the COVID protocol.

"Since the footfall in stations and trains is slated to increase during the festival season, the need was felt to launch a focused initiative across all zones for the safety and security of women passengers," said the Ministry of Railways.

The Indian Railways said it was felt that offenders involved in human trafficking may try to indulge in the trafficking of women and children taking advantage of the festive season rush as they are most vulnerable to this crime.

"Action plan to curb the menace of human trafficking during the upcoming festive season was discussed. It was decided that a sustained and concerted drive will be launched to identify and apprehend the traffickers," they stated.

As per reports, field formations have been directed to continue their drive against touts cornering reserved railway tickets and selling it to needy passengers at a premium.

Recently, the Railway Protection Force had issued COVID-19 guidelines for travellers ahead of the festive season.

According to the Railways, the general public is counselled to desist from the following acts or omission while being in railway stations, trains or other railway areas:

3) Coming to the railway area or station or boarding a train after having declared COVID positive.

4) Coming to railway area or station or boarding a train after giving samples for testing of coronavirus and awaiting result.

5) Boarding a train after having been denied to undertake travel by the health check-up team at the railway station.

6) Spitting or wilful ejection of body fluid/waste in the public area.

7) Activities which may create unclean or unhygienic conditions or affect public health and safety in railway stations and trains.

8) Not adhering to any of the guidelines issued by Railway administration for prevention of the spread of COVID-19.

9) Any other act or omission likely to aid in the spread of coronavirus.

Earlier on October 13, the Indian Railways announced that it will operate 392 festival special trains between October 20 and November 30 in view of the upcoming festive season.

The special trains will be operated for destinations such as Kolkata, Patna, Varanasi, Lucknow among others to cater to the growing demand in the ensuing holiday period of Durga Puja, Dussehra, Diwali and Chhatt puja.

So far, the railways has pressed into service more than 300 mail/express trains which are now running regularly across the country.