In a major decision, the Ministry of Railways took the initiative which is expected to benefit 36 lakh stranded passengers across the country. 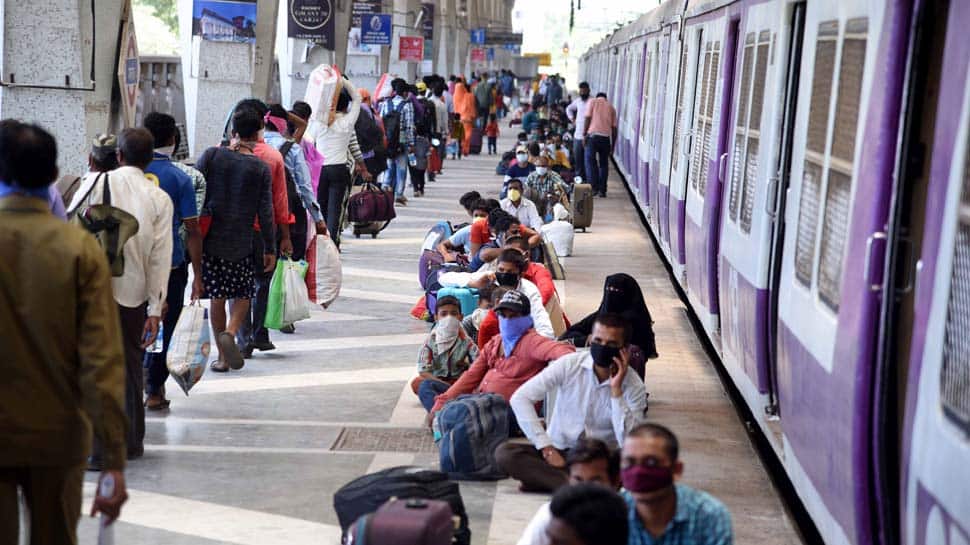 As the country is battling with coronavirus COVID-19 pandemic, the Indian Railways will operationalise 2,600 more shramik special trains in the next 10 days to provide relief to migrants. In a major decision, the Ministry of Railways took the initiative which is expected to benefit 36 lakh stranded passengers across the country.

It may be noted that Indian Railways started running the shramik special trains from May 1, 2020, to move migrant workers, pilgrims, tourists, students and other persons stranded at different places due to lockdown.

These special trains are being run from point to point on the request of both the concerned state governments as per the standard protocols for sending and receiving such stranded persons. The Railways and state governments have appointed senior officials as Nodal Officers for coordination and smooth operation of these shramik specials.

The Indian Railways, which converted 5,231 coaches into isolation wards for COVID-19 patients, has now decided to take back 60 per cent of such coaches to be utilised in the shramik special trains for the transportation of the stranded migrant workers, according to news agency IANS. The Railway Board wrote to all zonal railways on May 21 regarding this after the demands for the shramik special trains shot up in the last one week.

The railways initially decided to convert 5,000 coaches for over 80,000 patients and then it also decided to convert 20,000 coaches for over 3.16 lakh COVID-19 patients. A railway official said 5,231 non-AC coaches were converted into isolation wards for coronavirus patients since these coaches were standing idle for long and in view of the low demand from the state governments for the train coach isolation wards.

However, these isolation coaches, before being put into service in the shramik special trains, first need to be restored as normal non-AC compartments, the railway officials said adding that the reconfiguration would take about a week`s time as many changes are required to restore them to the original shape. The conversion exercise involves many alterations for equipping the coach with a bathroom and other facilities. Now it has to be redone to make it a normal coach with toilets and curtains have to be removed.

As per the latest directive, about 3,000 isolation coaches have to be reconverted into normal coaches to cater to the increased demand for more non-AC trains while the rest will be used as isolation coaches for COVID-19 patients.

The Indian Railways has already run 2,600 shramik special trains in last the 23 days and transported around 36 lakhs stranded migrants to their home states.

It is also to be noted that apart from shramik special trains, the Ministry of Railways has started 15 pairs of special trains from May 12 and announced 200 train services that will start from June 1.