Anjanil Kashyap reports that once complete, the bridge would reduce travel distance between Dhubri in Assam with Phulbari in Meghalaya to just 20 minutes. 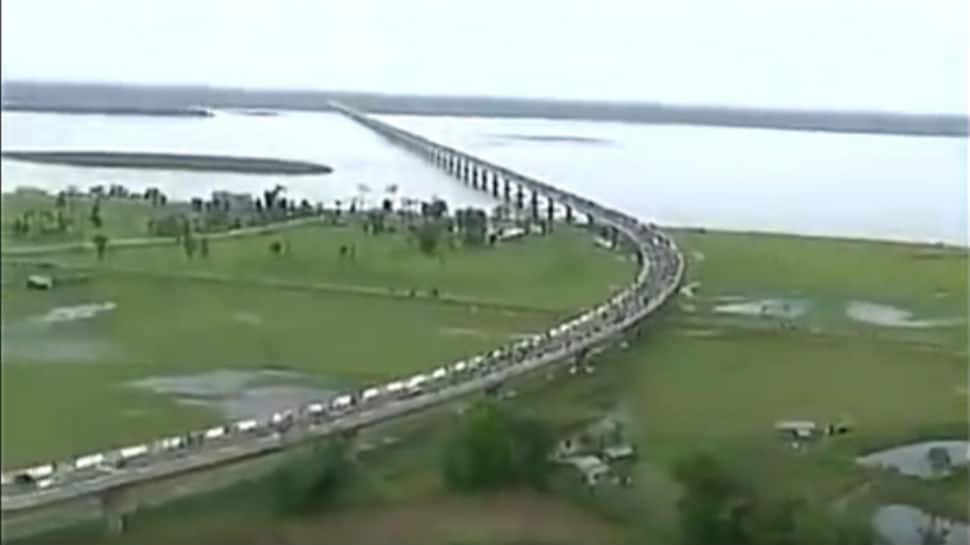 The National Highway and Industrial Development Corporation Limited has contacted a France-based company to build what could be India's longest river bridge at 19.3 kilometers, planned over Brahmaputra.

The bridge would connect Dhubri in Assam with Phulbari in Meghalaya - a road distance of about 200 kilometres currently. Construction is expected to finish between 2026 and 2027 and the bridge, once opened, would officially surpass Dhola Sadiya Bridge (also referred to as Bhupen Hazarika Setu) as the longest river bridge in India. The Dhola Sadiya Bridge was inaugurated by Prime Minister Narendra Modi last year and is 9.15 kilometres long. The proposed new bridge would more than double in length.

Officials in the know have said that commuters currently have to cover a distance of 200 kilometres by using Naryan bridge to go from Dhubri and Phulbari. The other option is to make use of ferry boats which takes close to two and a half hours. The proposed four-lane bridge on NH 127B would reduce travel time to just 20 minutes and could be a massive boon for locals as it would enhance connectivity between the two states.

Much like the Dhola Sadiya Bridge, the bridge between Dhubri and Phulbari too could be designed to handle heavy armoured vehicles for troop mobilisation if required.

No such restrictions even in Mughal era: BJP MP questions SC over cracker timings