While PM Modi will lead the nation in celebrating the occasion by participating in a mega event in Jharkhand's Ranchi, Shah will be in Haryana's Rohtak and Singh in the national capital. 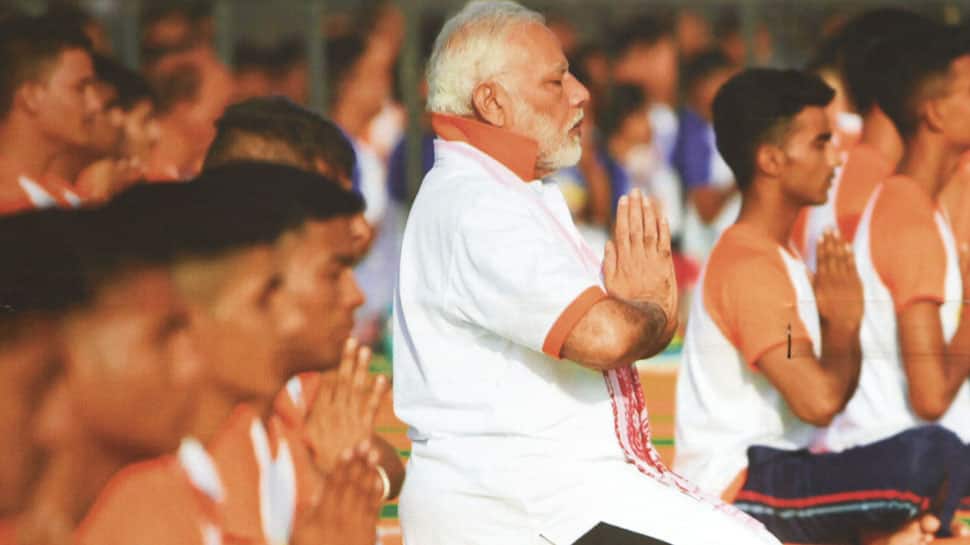 The nation is all set to participate in the fifth International Yoga Day on Friday. Government functionaries, including Prime Minister Narendra Modi, Home Minister Amit Shah, Defence Minister Rajnath Singh and other senior BJP leaders will also attend over 40 major Yoga Day events across the country. While PM Modi will lead the nation in celebrating the occasion by participating in a mega event in Jharkhand's Ranchi, Shah will be in Haryana's Rohtak and Singh in the national capital.

Bharatiya Janata Party (BJP) working president J P Nadda will perform yoga, along with other party leaders and workers, at a park opposite the party headquarters on Deen Dayal Upadhyaya (DDU) Marg. Besides, newly-elected Lok Sabha Speaker Om Birla will participate in an event to be held on the premises of the Parliament House complex.

The Prime Minister landed in Jharkhand capital city on Thursday night and headed straight for the Raj Bhavan for an overnight halt. He will reach the main venue for mega yoga celebrations by 6:30 am, where more than 40,000 yoga enthusiasts are expected to take part. Nearly 400 make-shift toilets, over 200 drinking water kiosks, 100 CCTV cameras, 21 ambulances, eight medical teams and jawans of NDRF are in place at the venue adjacent to the Prabhat Tara school.

Delhi alone will host over 300 yoga sessions which is likely to see participation of over 10 lakh.

All the Indian missions across the world has been asked to celebrate the day in a grand manner. PM Modi's video message has been sent to all embassies for screening at the beginning of the yoga protocol, the External Affairs Ministry said Thursday.

The idea of International Day of Yoga was first floated by PM Modi during his speech at the United Nations General Assembly (UNGA) on September 27, 2014. The first International Day of Yoga was observed across the world on June 21, 2015, with over 30,000 people joining the Prime Minister for yoga at the Rajpath in New Delhi. Last year, around 50,000 people participated in the International Yoga Day event organised at Dehradun-based Forest Research Institute. This year's slogan is – Yoga for Heart.