Targeting Prime Minister Narendra Modi, DMK chief MK Stalin declared that his party would never get into an alliance with the BJP. 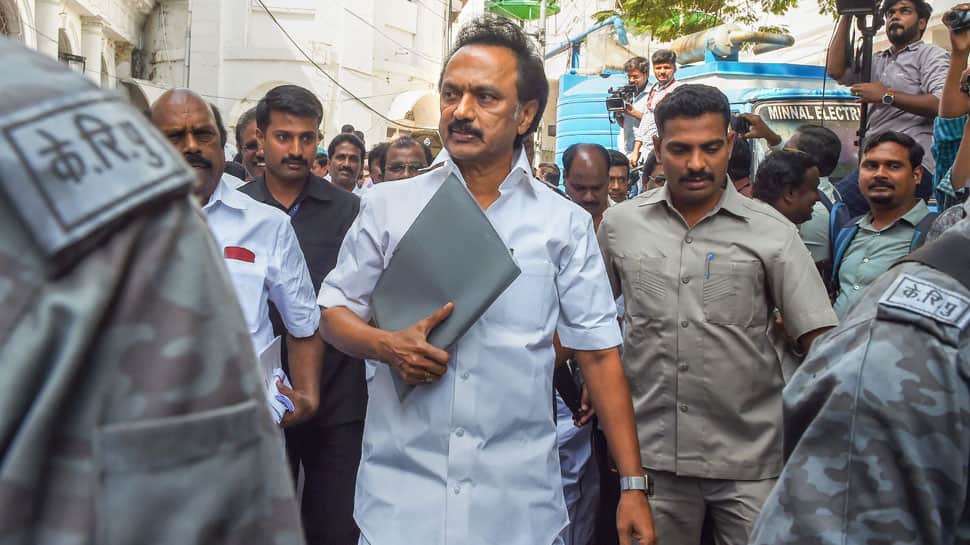 Dravida Munnetra Kazhagam chief MK Stalin on Friday hit out at Prime Minister Narendra Modi, saying it was an irony that the Bharatiya Janata Party (BJP) leader compared himself with former prime minister Atal Bihari Vajpayee. Targeting Prime Minister Modi, the DMK chief declared that his party would never get into an alliance with the BJP.

“DMK will never align with BJP, and Modi is not Vajpayee. Alliance under him is not a healthy alliance. It is an irony that PM Modi compares himself with Vajpayee,” news agency ANI quoted Stalin as saying.

The remark by the DMK chief comes a day after Prime Minister Modi reached out to the parties in Tamil Nadu, saying that the BJP was open to alliance with parties based in the southern state and that he cherished “old friends”.

The Prime Minister said, “Twenty years ago the visionary leader Atal ji brought in a new culture in Indian politics, that of successful coalition politics. He gave utmost importance to regional aspirations... BJP has followed the way Atal ji has shown us.”

He said the same in response to a question by a BJP worker on whether the party would get into an alliance with the DMK, the AIADMK or actor Rajinikanth, who is yet to announce his political party.

In 2014, the BJP had contested the Lok Sabha elections in Tamil Nadu in alliance with as many as six parties, including those relatively smaller in strength. Among the NDA constituents were the DMDK, the PMK and Vaiko-led MDMK. The alliance had won just two out of the 39 seats. However, all five parties snapped ties with the BJP later.

On Friday, the prime minister said a strong NDA was “an article of faith for us”.

“It is not a compulsion. Even when the BJP won a strong majority on its own, we preferred to run the government with our allies. We cherish our old friends and our doors are always open for parties,” Modi said.