ISRO's earth observation satellites Cartosat and RISAT are taking images of the area where the aircraft disappeared. 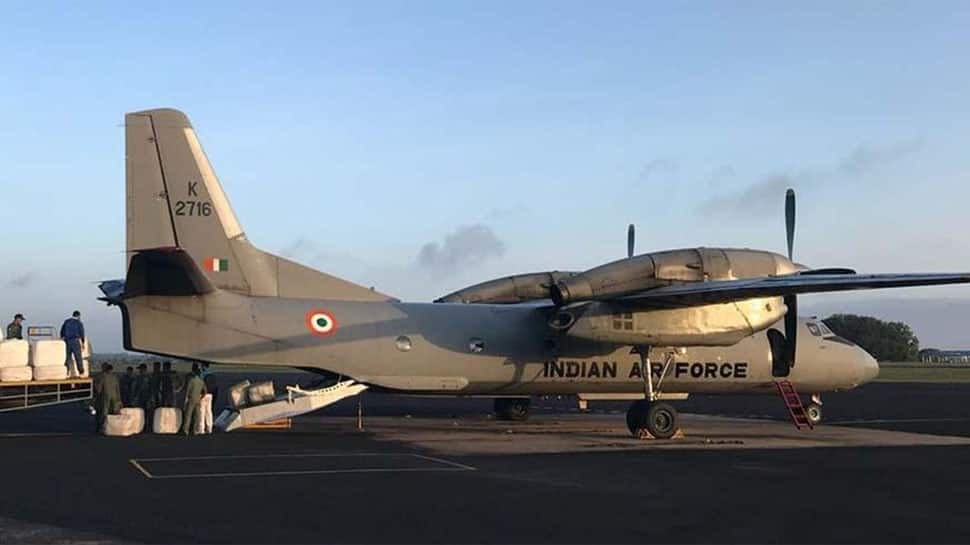 NEW DELHI: More than 24 hours after Indian Air Force's AN-32 aircraft disappeared with 13 persons on board, a massive search operation using satellites of Indian Space Research Organization (ISRO) was launched.

ISRO's earth observation satellites Cartosat and RISAT are taking images of the area where the aircraft disappeared.

Continuous coordination is being carried out with Indian Army & various govt & civil agencies. (2/2)

The AN-32 aircraft had taken off from Jorhat in Assam Monday but lost contact with ground staff before its scheduled landing in Arunachal Pradesh's Mechuka airfield. There were 13 people - all IAF personnel - on board when the aircraft took off at 12:25 PM. Its last contact with ground staff was at 1 pm. After the AN-32 did not reach Mechuka Advance Landing Ground, the IAF initiated the overdue action.

The IAF launched an extensive search and rescue operations. Aircraft equipped with advanced sensors including C-130 Super Hercules, Antonov AN-32s, Su-30MKI, Indian Navy's long-range maritime reconnaissance aircraft P8I and Mi-17 and ALH helicopters of the Army were deployed to locate the missing plane. Rescuers are, however, yet to receive any signal from the emergency locator beacon in the missing plane.

Post sunset, search operation by helicopters ceased for the day. However, search via sensors with night capability and ground party operations will continue throughout the night.

The families of all IAF personnel on board are being regularly updated on the progress of the search for the missing aircraft. Air Marshal RD Mathur, the Air Officer Commanding-in-Chief of Eastern Air Command, also met the families of those on board the missing plane.

There is not the first time that an IAF AN-32 aircraft has gone missing or is feared crash.

In June 2009, an IAF AN-32 plane had crashed over the Rinchi Hill near Heyo village in West Siang district of Arunachal Pradesh killing all the 13 defence personnel on board. The wreckage of the plane, carrying seven IAF personnel and six Army soldiers, was found about 30 km from Mechuka Advance Landing Ground, in the district located about 60 km from the Indo-Chinese Line of Actual Control. The plane got airborne from Mechuka Advance Landing Ground at 2 pm on June 9, 2009, and was going to Mohanbari Air Force Station in Assam. But the plane vanished from the radar within a few minutes after getting airborne.