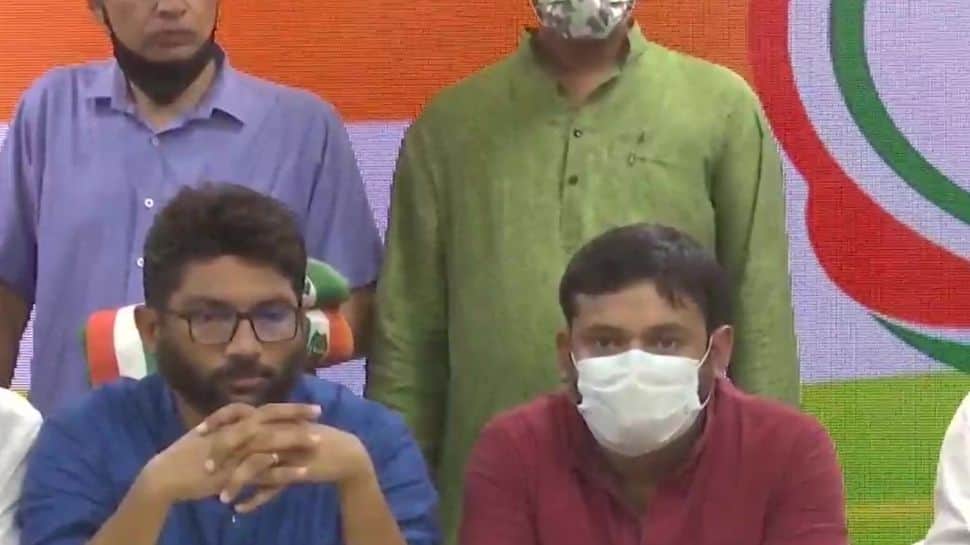 New Delhi: It's official now. Former JNU students' union president Kanhaiya Kumar joined the Congress on Tuesday (September 28) in the presence of Rahul Gandhi, party sources said. Gujarat Dalit leader and Independent MLA Jignesh Mevani has also come out in support of the party, they said. Kumar had joined the Communist Party of India (CPI) ahead of the 2019 Lok Sabha election and had unsuccessfully contested from Begusarai in Bihar against Giriraj Singh of the BJP.

Kanhaiya, after joining the party said, "I am joining Congress because it's not just a party, it's an idea. It's country's oldest and most democratic party, and I am emphasising on 'democratic'...Not just me many think that country can't survive without Congress." 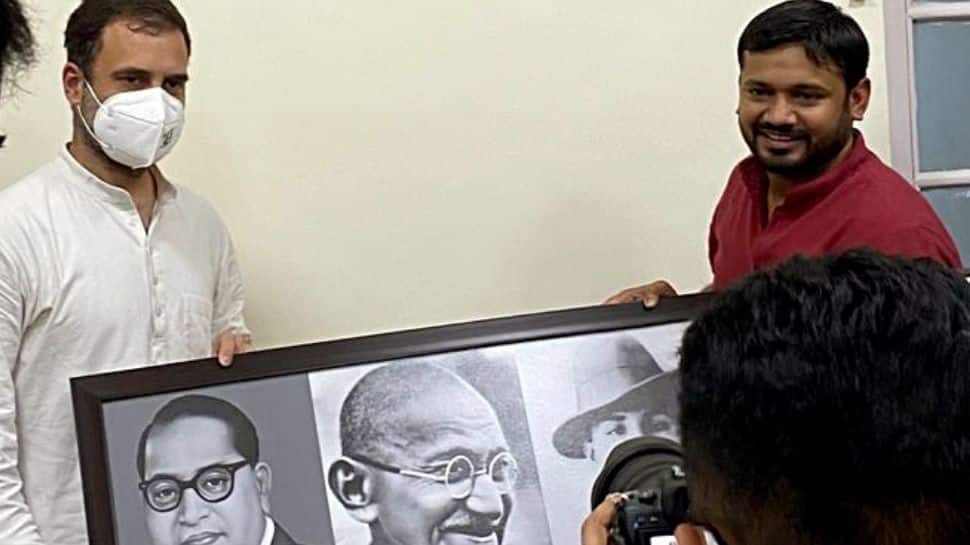 Mevani, who is currently a legislator in Gujarat and represents the Vadgam constituency, is the convener of the Rashtriya Dalit Adhikar Manch (RDAM). He is a lawyer-activist and a former journalist. Mevani's entry into the Congress comes at a time when it is wooing the scheduled castes community after handpicking the first Dalit chief minister of Punjab.

Mevani clarified that he could not join the Congress due to some "technical" reasons. Giving clarification further in a press conference at AICC headquarters in Delhi, Mewani said he is an independent MLA and if he joins a party, he may not continue as an MLA. However, extending his support to Congress, Mewani said that ideologically he is with the party. He announced he shall contest the upcoming Gujarat Assembly polls from Congress.

Charanjit Singh Channi succeeded Amarinder Singh as chief minister of Punjab, seen as a bold step by the party for wooing back the scheduled castes, traditionally considered the vote bank of the Congress. However, the party suffered a fresh setback in Punjab on Tuesday when state Congress chief Navjot Singh Sidhu resigned.

SBI SCO Recruitment 2021: Apply for 606 posts for executive, manager and others - check how to apply here