The police claimed that Yasir was involved in 2019 Pulwama attack which claimed lives of at least 40 CRPF personnel. 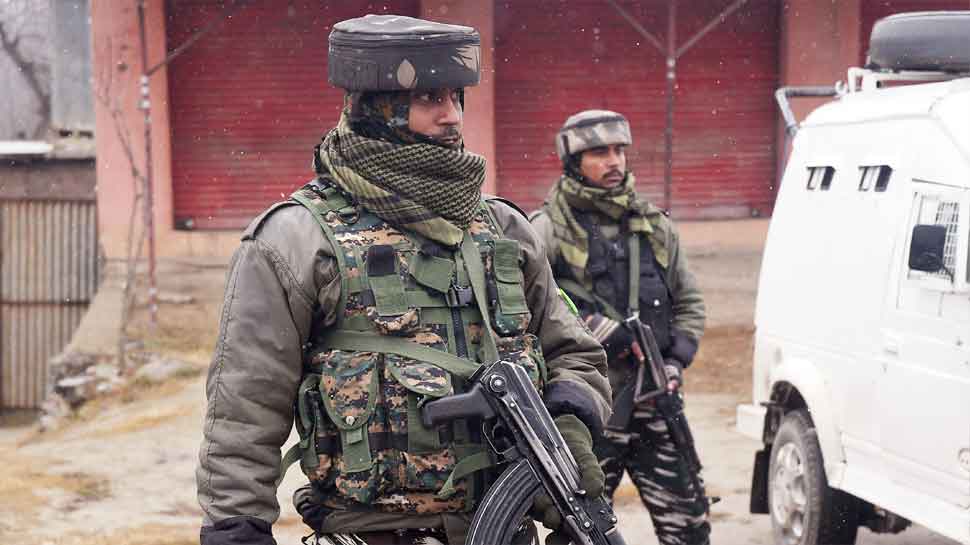 New Delhi: In a major success on the eve of India's 71st Republic Day, security forces on Saturday killed three terrorists including a top Jaish-e-Mohammad commander Qari Yasir during an encounter in Awantipora in Jammu and Kashmir.

The police claimed that Yasir was involved in 2019 Pulwama attack which claimed lives of at least 40 CRPF personnel.

On Saturday, security forces received specific inputs about the presence of a group of terrorists at Hari-Pari area of Tral in Awantipora when they were fired upon by terrorists, triggering an encounter.

Earlier on Saturday, Chinar Corps Commander Lt General KJS Dhillon said that security forces had averted a potential terror strike in Kashmir by Jaish-e-Mohammad militants on Republic Day on January 26. "A major (terror) incident being planned (by terrorists) for January 26 has been averted. Today morning (Saturday) we got information of some Jaish-e-Mohammed (JeM) terrorists who were planning to do some act of terrorism on January 26 in Tral. So, today morning an operation was launched which is still underway," Dhillon said at a press conference here.

He said that the JeM module consisting of Pakistani terrorists was on the radar of the security forces for a few days.

"Earlier, we neutralised one terrorist and lost two personnel. As per the operation of today, few of them (terrorists) have been eliminated, while three of our soldiers are getting treated for injuries at the Base Hospital," Dhillon added.

He thanked the Jammu and Kashmir Police for providing information about the location of terrorists and added, "The top leadership of Hizb-ul-Mujahideen and JeM has been eliminated from Kashmir Valley as of today."

Inspector-General of Police (IGP) Vijay Kumar, who was also present at the press conference, said that the joint team of police, CRPF and Army had neutralised three terrorists, one of them being thought to be the JeM Kashmir chief.

"Yesterday we zeroed in on three terrorists in a village. In a joint operation, the JK Police, CRPF and 3 RR have neutralised the three terrorists. As per our information, one of them is Qari Yasir, who is Jaish's Kashmir chief. We had received info that he was planning to carry out a big IED blast in Srinagar," Kumar said.