Jammu and Kashmir: 8 civilians killed, over 50 injured, one soldier martyred during Pulwama encounter

The three terrorists killed in the encounter have been identified as Zahoor Thakar, who was a soldier in the Indian Army earlier and fled from a camp last year, Adnan Wani and Zahoor Ahmad Kar alias Tahir Hizbi. 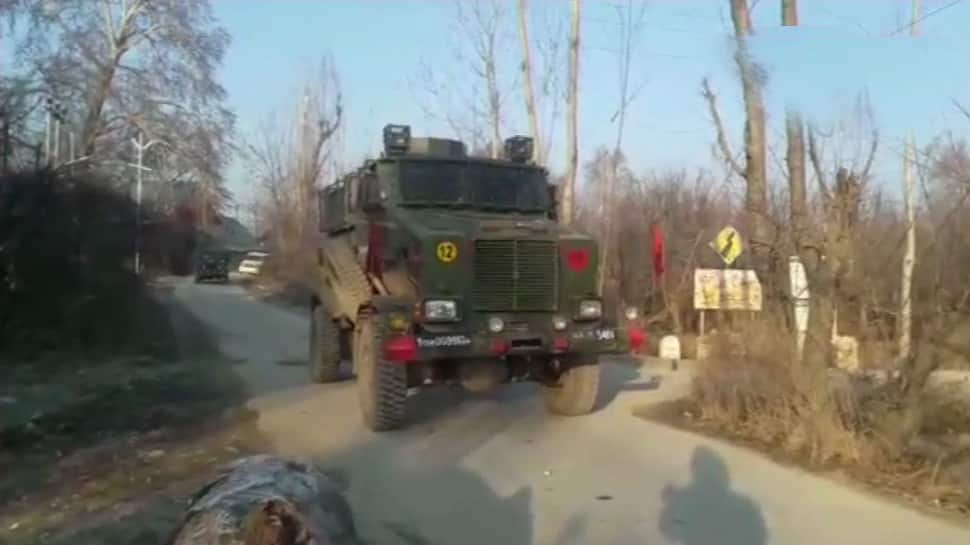 An Indian Army soldier was martyred while eight civilians also got killed in an ongoing encounter in Kharpora Sirnoo village of Pulwama district in Jammu and Kashmir on Saturday. At least three terrorists have also been neutralised by the forces. As per latest reports, more than 50 civilians have been injured, of which nine are said to be critical with serious bullet injuries.

The three terrorists killed in the encounter have been identified as Zahoor Thakar, who was a soldier in the Indian Army earlier and fled from a camp last year, Adnan Wani and Zahoor Ahmad Kar alias Tahir Hizbi.

Zahoor Thakar, who was earlier a soldier in the Indian Army, had fled from an Army camp with an AK-47 in 2017. Sirnoo is the native village of the slain terrorist.

As the encounter began on Saturday morning, the terrorists were trapped in an open area. Two Army men also suffered injuries during the gunbattle.

The security forces launched a cordon and search operation in Sirnoo village of south Kashmir on Saturday morning after receiving specific intelligence input about the presence of militants in the area, an Army official said. The search operation turned into an encounter after the militants opened fire on the security personnel.

There were also reports of stone pelting in the area as the encounter took place. The forces had to open fire and resort to tear-gas shelling to disperse the protesters.

Among the civilians who got killed were two youth, identified as Amir Ahmad and Abid Hussain. According to news agency IANS, they sustained bullet injuries in the clashes which erupted at the gunfight site between protesting civilians and the security forces. Though they were shifted to a hospital but were declared dead on arrival.

The authorities have suspended mobile internet in Pulwama and rail services between the Kashmir Valley and Bannihal town in the Jammu region were cancelled.

If PAC chairman Mallikarjun Kharge has not received CAG report on Rafale, he should move court: Subramanian Swamy