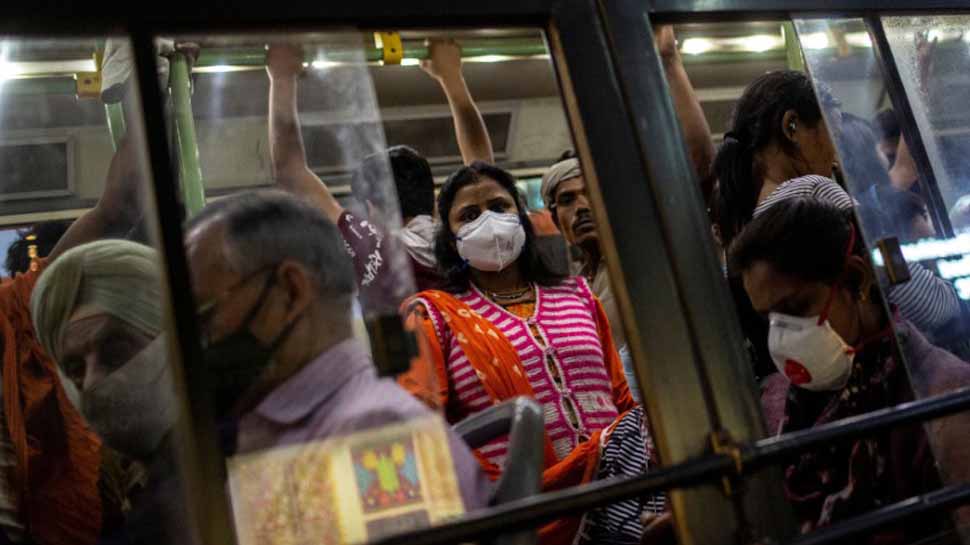 The first experiment is called the Black Light Experiment. It was conducted by Japan's state-run TV channel NHK with the help of health experts. The video was recorded with the aim to show how easily germs and viruses can spread in restaurants when just one person is infected.

The video shows 10 people in a restaurant, with one singled out as "infected" person. A fluorescent substance only visible under black light is applied onto that person's hands, representing germs from a cough or a sneeze.

Each participant then ate the food in the restaurant with the infected person also around. At the end of the video, the participants are cast under black lights illuminating where the "infection" has spread.

The substance, used to signify the germs, had spread on the first person's face and clothes. The hands and body of other people were also 'infected' by it. Not only this, food, utensils, menu cards, jugs of water, spoons kept on the table were all 'infected'.

From this one can guess how fast a virus or germ is able to spread from one person to another and from one object to another.

While in another experiment which was conducted using laser beam and high sensitivity cameras to find out how long the micro droplets emanating from the body during coughing, sneezing and speaking can float in the air and how fast the virus in those droplets can spread from one place to another.

The technology used in this experiment is also able to see particles as small as 0.1 micro meter. These particles can enter a person's body very easily through the air we breathe.

The video played in multiple angles show how small particles are released and spread through the air after someone sneezes. All these particles were smaller than 10 micrometers in size. These are droplets are very light and flow with the wind.

Scientists believe that its not just by sneezing that these droplets spread in the air, it can spread if you sit close to a person and talk loudly.

Where there is a shortage of space and there is a lack of ventilatiion, the risk of infection increases more.

However, one way to avoid this is to open the windows and doors of the room. As soon as the outside air comes in, these drops flow out with the air.

But if you have a centralized air conditioning system in your home or office, then these droplets can reach others while recirculating with air and the viruses present in them can infect others as well.

The simplest and most effective way to avoid this kind of infection and save others is to put a face. When sneezing or coughing without a face mask you can spread the infection. But if the face is covered then the risk of spreading the infection is greatly reduced.