The JD(U) leader also slammed the Congress for staging a walkout from the Lok Sabha when the bill was being put to vote, saying it was a "farce" and "tantamount to support". 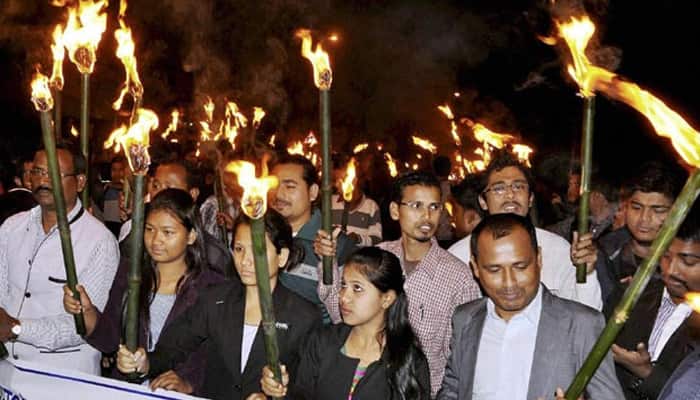 PATNA: In a fresh headache for BJP, its main ally in Bihar the Janata Dal (United) on Sunday said it would vote against the controversial Citizenship Bill in the Rajya Sabha.

The JD (U)'s stand was made clear by party's national general secretary and chief spokesman K C Tyagi. The JD(U) leader also slammed the Congress for staging a walkout from the Lok Sabha when the bill was being put to vote, saying it was a "farce" and "tantamount to support". The bill was passed in the Lok Sabha on January 8.

The Citizenship (Amendment) Bill, 2016 seeks to provide Indian citizenship to non-Muslims from Bangladesh, Pakistan and Afghanistan after six years of residence in India instead of 12 years, which is the current norm, even if they do not possess any document.

The bill has been opposed by several organisations in the northeast, who are claiming that the introduction of this bill would nullify the provisions of the Assam Accord of 1985, according to which March 24, 1971 is fixed as the cut-off date for deportation of illegal immigrants irrespective of religion.

Tyagi was speaking to reporters after a attending a meeting of the national office bearers of the JD(U) in Patna.

"The national office-bearers of the party reaffirmed the commitment to the legacy of socialist movement and to our old stand on issues like Ram temple, Article 370 and uniform civil code," Tyagi told PTI.

"As far as the new citizenship bill concerning Assam is concerned, we condemn the attitude and behaviour of the Congress when the bill was put to vote in the Lok Sabha," he added.

The JD(U) leader remarked that he and some other party leaders would soon visit Assam to know more about the ramifications of the legislation.

COmmenting on the upcoming Lok Sabha polls, Tyagi said: "State president Vashishtha Narayan Singh has been assigned the task of deciding candidates for the seats which our party will be contesting in the Lok Sabha polls. He will be assisted by Rajiv Ranjan Singh alias Lalan and Vijendra Yadav, both of whom have headed the state unit in the past."

BJP will form stable govt with 'some friends' in Jammu & Kashmir: Ram Madhav