Hemant Soren has announced that his party will release the first list of its candidates on Friday. 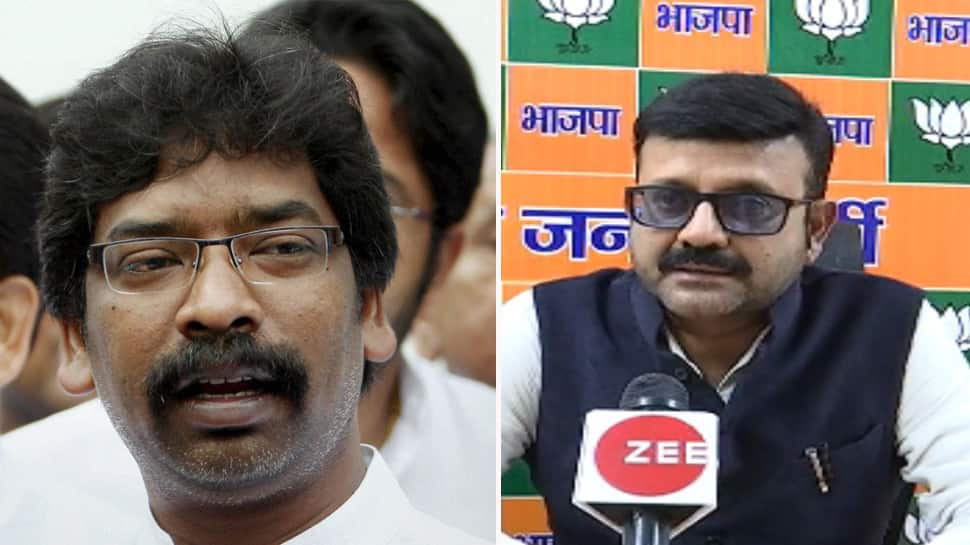 Ranchi: With announcement of Jharkhand Assembly Elections 2019, all the political parties have started their preparations for finalising the list of candidates. Jharkhand Mukti Morcha (JMM) has fixed Rs 51,000 as an application fee for those who want ticket for the assembly polls, according to Zee Bihar-Jharkhand report.

Pratul Shahdev said the JMM President Shibu Soren's party which fought for the rights of poor tribals people is killing the voice of these people. The JMM's present leadership never considered to politically empower native tribals, and the way they are giving away tickets to creamy layers shows their brazen attitude towards poor people.

JMM to announce first list of candidates on Friday

Amid political churning from Ranchi to the national capital to finalise candidates by different political parties, Executive President of Jharkhand Mukti Morcha (JMM) and former Chief Minister of the state Hemant Soren has announced that his party will release the first list of its candidates on Friday.

Hemant Soren stated that his party will contest at least 42 seats and maximum 44 seats. He said the JMM has given its proposal to all the parties regarding the alliance, but no proposal has come from the Jharkhand Vikas Morcha-Prajatantrik (JVM), which is led by former Jharkhand Chief Minister Babulal Marandi.

Soren said that he has sought time to meet Babulal Marandi, but he is yet to receive any intimation. Talking about dispute over seat distribution in the Mahagathbandhan, Soren said the matter can be resoved but the parties need to show their will.

Bharatiya Janata Party's Jharkhand in-charge Om Mathur has denied any tussle with All Jharkhand Students Union (AJSU) party. He said that the seat sharing between the two alliance partners as well as finalisation of the names of candidates will be accomplished soon.

BJP's co-incharge Nand Kishore Yadav had earlier informed that the names of candidates would be discussed in the Central Election Committee meeting, along with discussing the issue related alliance in Delhi.

Jharkhand BJP president Laxman Gilua, however, has rejected AJSU's claim on Chakradharpur seat, saying it is a traditional seat of the BJP.

Former MP Ravindra Rai, however, stated that parties in the Mahagathbandhan are merely safeguarding their family interests. The public has made up its mind, and the BJP will win absolute majority in the upcoming Jharkhand assembly election.

Ahead of Jharkhand Assembly elections, leaders have started shifting their political loyalty. BJP leader Sameer Mohanty recently left BJP to join the Jharkhand Mukti Morcha in presence of former Jharkhand Chief Minister Hemant Soren, the acting president of JMM. Soren termed Mohanty's joining the JMM as home coming. In 2014, Mohanty contested from Bahragowda assembly seat on a JVM ticket, and after election he joined the BJP.

MHA issues advisory to all states, asks them to remain alert ahead of Ayodhya verdict: Sources