Kapil Sibal taunts BJP, asks if they have been sleeping over law on Ram temple in Ayodhya

Kapil Sibal said neither BJP nor Congress can decide the Ayodhya case. 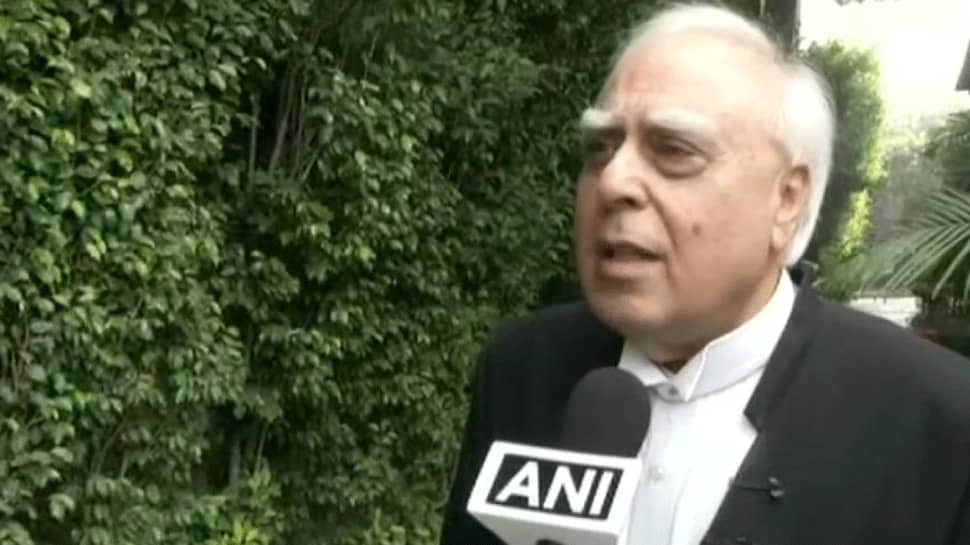 NEW DELHI: Senior Congress leader Kapil Sibal on Tuesday attacked the BJP and accused it of raking up the Ram Temple issue for political gains.

The veteran Congress, who is also a noted lawyer in the Supreme Court, said that no one has stopped the ruling party from bringing a law for construction of Ram temple in Ayodhya in Uttar Pradesh.

However, he was quipped ''have they (BJP) been sleeping for the past 4 years.''

Amid growing demands for a law on the vexed issues, Sibal said that the matter would be decided by the court concerned.

''Court will decide when will Ayodhya case be heard. It can’t be decided by BJP or Congress. If they want to make a law, then make it. Congress hasn’t stopped them. This issue is raised as elections approach. Have they been sleeping for last 4 years?,'' Sibal said while speaking to ANI.

Court will decide when will #Ayodhya case be heard. It can’t be decided by BJP or Congress. If they want to make a law, then make it. Congress hasn’t stopped them. This issue is raised as elections approach. Have they been sleeping for last 4 years?: Kapil Sibal, Congress pic.twitter.com/8JIWPrH88w

Remarks from Sibal came hours after the Supreme Court deferred the Ayodhya Ram Janmabhoomi title suit hearing till January, triggering a debate on whether the BJP-led NDA government at the Centre must bring an ordinance to start the construction of the temple before 2019 Lok Sabha elections.

The Rashtriya Swayamsevak Sangh (RSS) has demanded that Prime Minister Narendra Modi-led NDA government at the Centre must bring a legislation to pave the way for the construction of Ram temple.

According to news agency IANS, Arun Kumar, Akhil Bharatiya Prachar Pramukh of the RSS, said that the construction of Ram temple in Ayodhya “will create a harmonious atmosphere”, urging the Supreme Court to decide on the issue at the earliest.

"The RSS is of the view that Ram temple must be constructed at the birthplace of Lord Ram and the place should be given to Ram Janmbhoomi Nyas. The construction of a temple will create a harmonious atmosphere. Taking this into account, the Supreme Court should take a decision at the earliest," the RSS communications in-charge said.

"However, the government must bring a legislation to pave the way in case of any obstacles. The saints and the Dharm Sansad have been spearheading the Ram temple movement since the beginning and the RSS has supported them. We will stand by whatever steps they take," he further said.

The Modi government is facing a stiff resistance from several corners, including some opposition parties. Speaking to Zee News, All India Majlis-e-Ittehadul Muslimeen (AIMIM) chief Asaduddin Owaisi on Monday dared the ruling BJP to bring an ordinance on the construction of Ram temple in Ayodhya. He said that any such move would violate the norms of the Constitution.

The Hyderabad MP further said that the decision of the Supreme Court to defer the hearing in the Ayodhya Ram Janmabhoomi case till January 2019 must be respected.

Rahul Gandhi refers to Mizoram as Manipur, BJP mocks him, asks him to write it 'a hundred times'