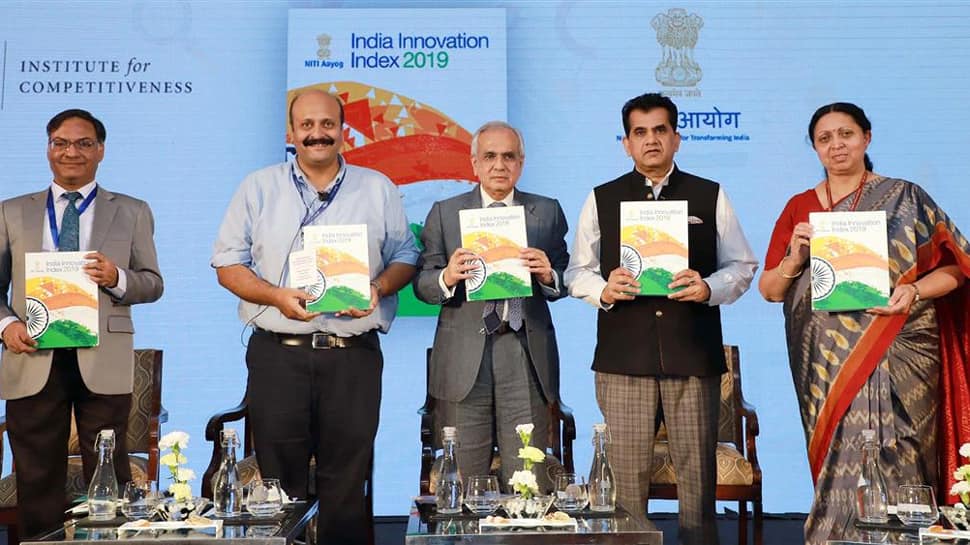 NITI Aayog with Institute for Competitiveness as the knowledge partner released the India Innovation Index (III) 2019 on Thursday. Among major states, Karnataka topped NITI Aayog's first-ever India Innovation Index aimed at examining the innovation capabilities and performance of 29 states and seven union territories. Karnataka is followed by Tamil Nadu, Maharashtra, Telangana, Haryana, Kerala, Uttar Pradesh, West Bengal, Gujarat, and Andhra Pradesh. Delhi is on top of the heap among Union Territories, while Sikkim have topped the ranking among hilly states.

The III 2019 was released by NITI Aayog Vice Chairman Dr Rajiv Kumar. “The India Innovation Index would create synergies between different stakeholders in the innovation ecosystem and India would shift to competitive good governance,” Dr Kumar said after releasing the report.

The attempt of India Innovation Index is to create an extensive framework for the continual evaluation of the innovation environment of 29 states and seven union territories. The index aims to rank states and UTs based on their index score, recognise opportunities and challenges, and assist in tailoring governmental policies to foster innovation.

A quick analysis of the index shows that the innovation ecosystem of the country is strong in south and western parts of India because three of the top five states are from southern India.

Among the category of major states, Maharashtra performs the best in the dimension of Enablers, which shows that the state has the best enabling environment for innovation. The broad level learnings and some policy imperatives at the national level include increasing the spending on research and development, improving the capability of top rung educational institutions in the country to produce greater innovation outputs.

At the state level, broad learning includes forming policies which are aimed at improving the innovation and entrepreneurial ecosystem. The study also showed that cluster development programs are also an area in need of greater coordination and can benefit from a more open collaborative approach. Also, the industrial policies at the state level should focus more on innovation.