Kashmir an internal issue, talks with Pakistan possible only on PoK: Venkaiah Naidu

In a veiled attack on Pakistan, Naidu said that India does not believe in attacking any other country, but it does not fail in giving a befitting reply to those who initiate attacks. 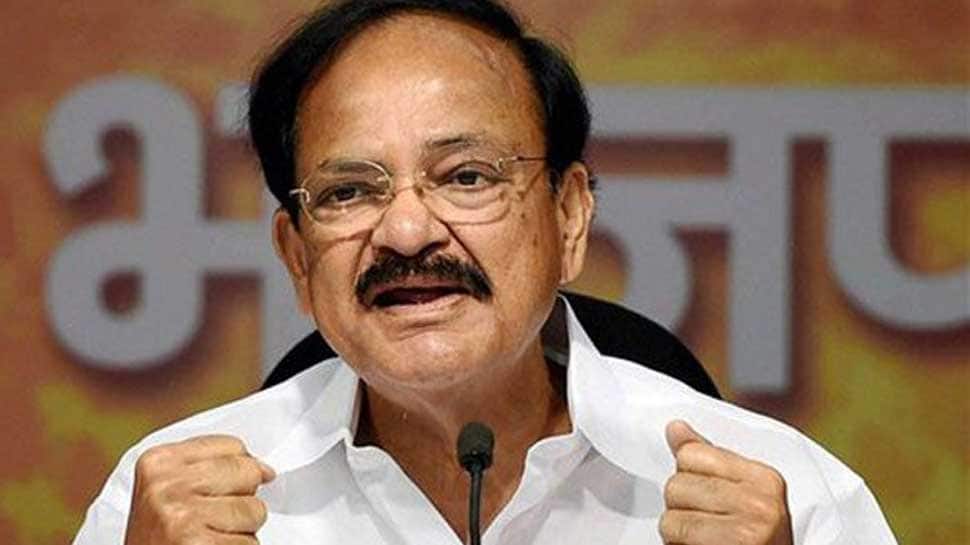 Vice President M Venkaiah Naidu on Wednesday said that if talks would happen between New Delhi and Islamabad in future, if would be only on the issue of Pakistan-Occupied-Kashmir (PoK). Dismissing the possibility of the issue of Jammu and Kashmir featuring in talks, Naidu reiterated that “Kashmir is an internal issue of India”.

The Vice President made the remark while addressing the Golden Jubilee celebration of Naval Science and Technological Laboratory in Visakhapatnam in Andhra Pradesh.

In a veiled attack on Pakistan, Naidu said that India does not believe in attacking any other country, but it does not fail in giving a befitting reply to those who initiate attacks.

“We are not war mongers. Neither do we interfere in others’ business, nor do we want their interference in our matters,” said the Vice President.

Earlier this month, Naidu had said that Kashmir is an integral part of India, urging the “people of the nation should stand by their fellow citizens of the valley”.

Backing Prime Minister Narendra Modi-led central government over abrogation of Article 370, Naidu had said that the move was in the interest of the nation and should not be treated as a political issue.

He further called for steps to be taken to restore normalcy and implementing developmental and welfare agenda in the Valley at the earliest, adding the abrogation of Article 370 was the need of the hour.

"We must always remember the history, analyse what happened, what not happened and then move forward. Abrogation of Article 370 is in the interest of the nation, its future, security, and safety," the Vice President had said.