A clash erupted between junior doctors and relatives of a patient at a state-run hospital here late Monday night after the 75-year-old died due to alleged negligence, police said Tuesday. 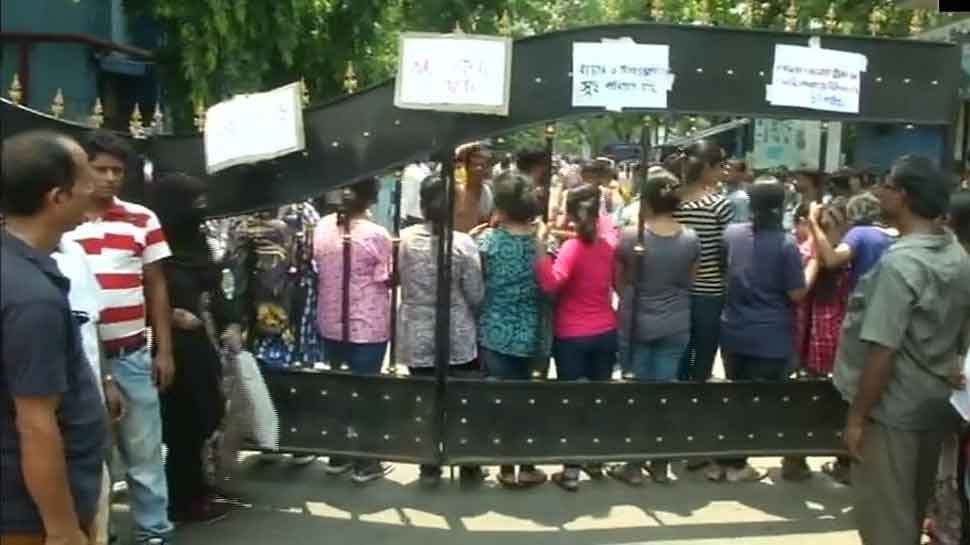 Kolkata: A clash erupted between junior doctors and relatives of a patient at a state-run hospital here late Monday night after the 75-year-old died due to alleged negligence, police said Tuesday.

An intern was injured in the clash and regular services at Nil Ratan Sircar Medical College and Hospital were disrupted as the junior doctors began a sit-in, demanding better security, they said.

Family members of Mohammed Shahid, a resident of Tangra, allegedly assaulted some junior doctors at around 11 pm last night after he died. As a result, a clash broke out, virtually turning the hospital premises into a battleground, the police said. Shahid's family members were also angry over a delay in handing over his body, they added.

A large team of police personnel from Entally police station intervened and restored to lathicharge to bring the situation under control, a senior Kolkata Police officer said. More than 50 doctors shut the gates of the medical institution and began a sit-in on Monday night, demanding "protection", the police said.

The condition of the intern, who was admitted to a hospital, was stated to be critical, they said. Services at the hospital, including the emergency services, were affected on Tuesday as the junior doctors' continued their protest.

West Bengal Medical Education Department director, Dr Pradip Kumar Mitra, visited the hospital and tried to persuade the doctors to withdraw their protest, but in vain.

Minister of State for Health Chandrima Bhattacharya, who also visited the hospital, was met with resistance from the protesters. The protesters raised slogans and demanded better security for themselves.

"We are talking to them. We will appreciate if they withdraw their agitation and resume normal work as patients are suffering," the minister said. The agitation also spread to other medical colleges and hospitals in the city, with junior doctors staging sit-ins in support of their colleagues at the NRS Hospital.