As the death toll in Kozhikode plane crash rises to 18, a civil aviation expert explains what a table top runway is and why landing an aircraft on such a runway is always difficult. 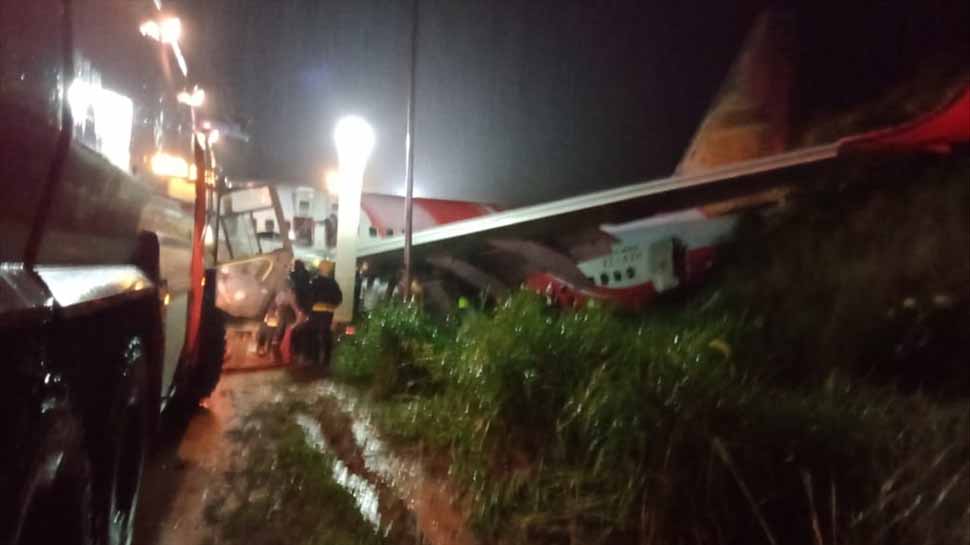 New Delhi: As the death toll in Kozhikode plane crash rises to 18, a civil aviation expert explains what a table top runway is and why landing an aircraft on such a runway is always difficult.

Sanat Kaul a civil aviation expert and Chairman of International Foundation for Aviation, Aerospace and Development (IFFAD) told Zee News that table top airports are sometimes called dangerous airports and that  there are two such airports in India, one in Mangalore and one in Mizoram. The Mangalore airport has witnessed a plane accident before.

Taking about the accident in Kozhikode kaul said that there was 'tail wind' when landing, this means that there was a push of air from the back of the aircraft, which means the front wheels stopped a little further than where they should have and the plane overshot the runway.

Explaining what table top runways mean, he said such runways are in the mountain and it is built in a wat that there is a trench or valley at the front and back of the length of the runway. Therefore, an accurate landing is very important.

Kaul suggested that in bad weather flights should be diverted and since there are many runways in Kerala on which the flight could have landed. In the current situation, it remains to be seen what was the natue of the discussion between the pilot and air traffic control after which they decided to land the plane there.

The pilot had taken a round before circling back but still decided to land there since they were experienced they though they could stick the landing, Kaul claimed.

An Air India Express plane with 190 people - 184 passengers, two pilots, and four cabin crew onboard skidded off the runway of the Kozhikode airport in Kerala on Friday (August 7) evening killing at least 18 people including both the pilots.

The plane skidded off the runway and fell around 35 feet down, it broke into two parts apparently the front half took the damage but people in the rear half have survived. The flight was a part of Centre's Vande Bharat Mission.

Civilian dead, 6 injured in Pakistan shelling along LoC in Jammu and Kashmir