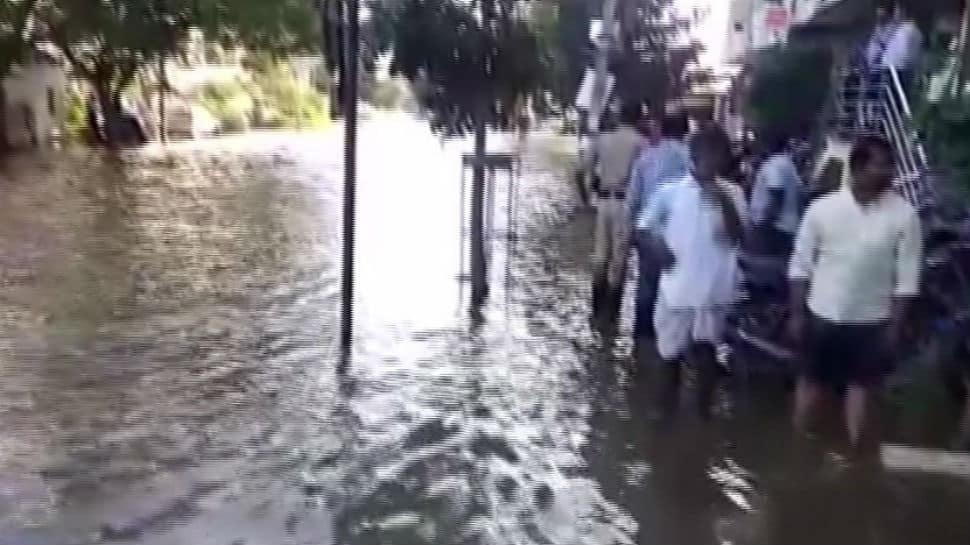 New Delhi: Roads and houses in Bengaluru were suddenly inundated and cars were swept away on Sunday afternoon despite it being a sunny day. Several areas were flooded with water between two to five feet. The sudden flowing was caused after lake Hulimavu, flowing within the city limits, breached on Sunday due to a crack in its boundary, affecting hundreds of families.

As many as 193 people were evacuated safely and a temporary night shelter has been set up by Bruhat Bengaluru Mahanagara Palike (BBMP) for the affected people.

Speaking to news agency ANI on the situation, BBMP Commissioner Anil Kumar said, "No loss of life or injuries have been reported. A night shelter with beds and food has been set up at Saibaba Ashram. Palike's health and revenue teams will assess the damage on Monday."