Citing Nitish Kumar’s remark wherein he said that the Mahagathbandhan had no future, the former chief minister referred to the JDU leader as “paltu dagabaz (which roughly translates to deceitful)”. 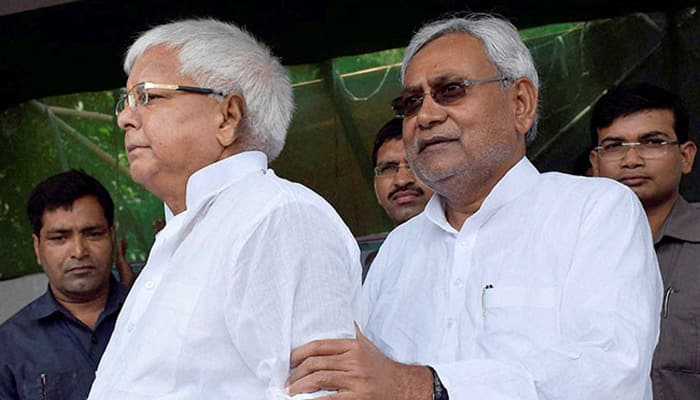 Rashtriya Janata Dal (RJD) chief Lalu Prasad Yadav on Wednesday took on Bihar Chief Minister Nitish Kumar over the latter’s remark on Mahagathbandhan, the grand alliance of opposition parties in Bihar. In a post on microblogging site Twitter, the RJD supremo reiterated that the Janata Dal United (JDU) chief had insulted the mandate of the people of Bihar.

Citing Nitish Kumar’s remark wherein he said that the Mahagathbandhan had no future, the former chief minister referred to the JDU leader as “paltu dagabaz (which roughly translates to deceitful)”.

“A person who is sitting on his chair because of votes of Mahagathbandhan, one who looted mandate and insulted the verdict of 11 crore Biharis, what face does he have to talk about the future of Mahagathbandhan? Such backstabbers do not even feel ashamed,” tweeted the RJD chief in Hindi.

The attack by Lalu Prasad Yadav comes just days after Nitish Kumar said that the Mahagathbandhan had no future, adding that Narendra Modi would be elected the Prime Minister of the country in Lok Sabha election 2019.

Following the remark by Nitish Kumar, Mahagathbandhan constituent Congress had also taken a dig at the Bihar Chief Minister, saying he had dialled the “wrong number”.

Congress leader Premchandra Mishra had said, “There was a time when Nitish Kumar was being considered a PM candidate of the Mahagatbandhan. But Nitish Kumar dialled the wrong number.”

Notably, Nitish Kumar’s JDU had contested the 2015 Bihar Assembly elections as a constituent of the Mahagathbandhan. Lalu’s sons Tejashwi Yadav and Tej Pratap Yadav were appointed as deputy chief minister and health minister, respectively, in the Nitish Cabinet. However, the alliance could not last long and JDU parted ways to join hands with the Bharatiya Janata Party (BJP). The JDU-BJP combine is in power in Bihar at present.

The Mahagathbandhan currently comprises of the RJD, the Congress, Left parties and Upendra Kushwaha’s Rashtriya Lok Samta Party (RLSP), among others.