Pilgrims visiting the temples from outside the state are required to register not only on the Smart City portal but also on the Devasthanam Board portal. 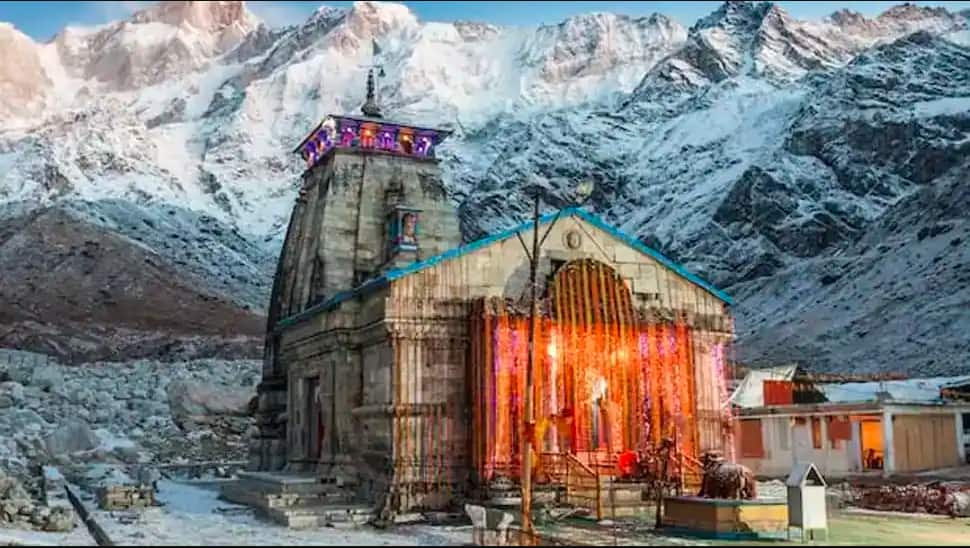 A large number of Chardham pilgrims from outside Uttarakhand are returning without 'darshan' after authorities made registration and e-pass mandatory in the four temples in view of the Covid pandemic.

Pilgrims visiting the temples from outside the state are required to register not only on the Smart City portal but also on the Devasthanam Board portal. Devotees visiting Kedarnath, Badrinath, Gangotri and Yamunotri from across the country claimed that they were not told about the mandatory requirement of an e-pass of the Devasthanam Board and when they were applying for it now the portal does not open.

Imposing a daily limit on the number of pilgrims visiting the Himalayan temples, the state government had last week issued a detailed standard operating procedure (SOP) to start the yatra from September 18 with strict adherence to Covid norms and put a cap of 1,000 pilgrims daily on Badrinath, 800 on Kedarnath, 600 on Gangotri and 400 on Yamunotri.

The Devasthanam Board's website does not open after it has hit the daily limit on the number of pilgrims prescribed by the Uttarakhand High Court for the four temples.

A Delhi-based devotee, who did not wished to named, said he had come to visit Badrinath but was left disappointed after being returned on Friday from Pandukeshwar about 14-15 km from Badrinath.

"From Rishikesh to Pandukeshwar, there are several checkposts where pilgrims are stopped for document verification. We had all the certificates related to Covid and were not stopped anywhere. But after we reached Pandukeshwar, we were told that a Devasthanam Board e-pass was mandatory. When we tried to log into the board website for an e-pass it did not open," he told PTI over phone.

"We were not told about this mandatory requirement anywhere before Pandukeshwar. If we were aware of it, we would have obtained it before setting out on our journey," he said.

Chamoli Superintendent of Police Yashwant Chauhan said everything is being done in accordance with the orders of the Uttarakhand High Court. "We cannot do anything at our own level. The matter had even been brought up before Prime Minister Narendra Modi's advisor Bhaskar Khulbe when he had visited Kedarnath and Badrinath on Thursday," he said.

The pilgrimage was opened after the Uttarakhand High Court vacated its stay on it on September 16.

Despite 2,800 pilgrims allowed to visit the four temples daily, their actual number is less than half of that. A total of 1,717 pilgrims only visited Chardham on Friday against the permitted limit of 2,800, board officials said.

The scenario is similar in Kedarnath, Gangotri and Yamunotri from where pilgrims from Allahabad and Kolkata had returned since September 20. Hoteliers also expressed unhappiness over the way the administration is handling the issue. "As registration slots on the Devasthanam Board's portal are full till October, pilgrims should be given the option of on-the-spot registration," Chardham Hotel Association Convenor Atul Shah said.

"Making the pilgrims return without giving them the option of on-the-spot or offline registration is giving a bad message about the yatra throughout the country. Authorities must do something about it urgently," he said.

Where is that money?: West Bengal CM Mamata Banerjee on PM-CARES Fund