'Alvida', resigning as an MP too': Babul Supriyo hints at quitting politics and BJP

Former Union minister Babul Supriyo announced he has decided to quit politics and Bharatiya Janata Party, he also said that he will quit as Lok Sabha MP. 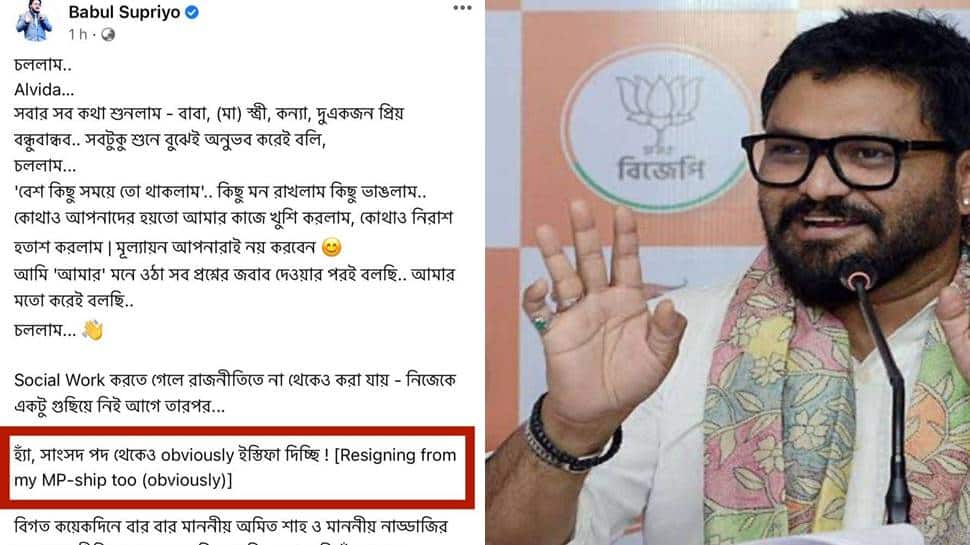 Taking to his social media handle, Supriyo declared that he was leaving politics and clarified that he was not joining any other party. The minister also said that he had joined politics to do social work but now realises that it is no longer necessary to be in politics to help people.

Goodbye, Avida
Heard everyone’s advice - father, wife, daughter and a few close friends. Stayed here for long, remembered certain things, sometimes got happy, sometimes got sad. If one has to do social work, one may not stay in politics.

I will never forget the love given to me. And I am not bargaining for any post too. I am hoping people will not misunderstand me and pls forgive me.

Does this have any connection with me quitting the post of a minister? Yes partly. There is a lot of difference between 2014 and 2019. That time, there was only one MP in Bengal - that was me. With due respect to Ahluwalia ji, GJM was BJP’s ally in Darjeeling. Now, there are many MPs. Now there are many bright, young netas here.

I am going to vacate the house given to me in capacity of a minister within a month.

I had a conversation with Swami Ramdev in a flight when he said BJP wants to focus on Bengal. I had taken up the challenge and took it seriously.

This move from the BJP leader comes weeks after Supriyo was dropped from Prime Minister's Narendra Modi's new Cabinet which took place earlier this month which followed his loss in the West Bengal Assembly election.