Pre-monsoon showers hit several parts of the national capital region, while the monsoon is expected to hit Delhi on June 25. 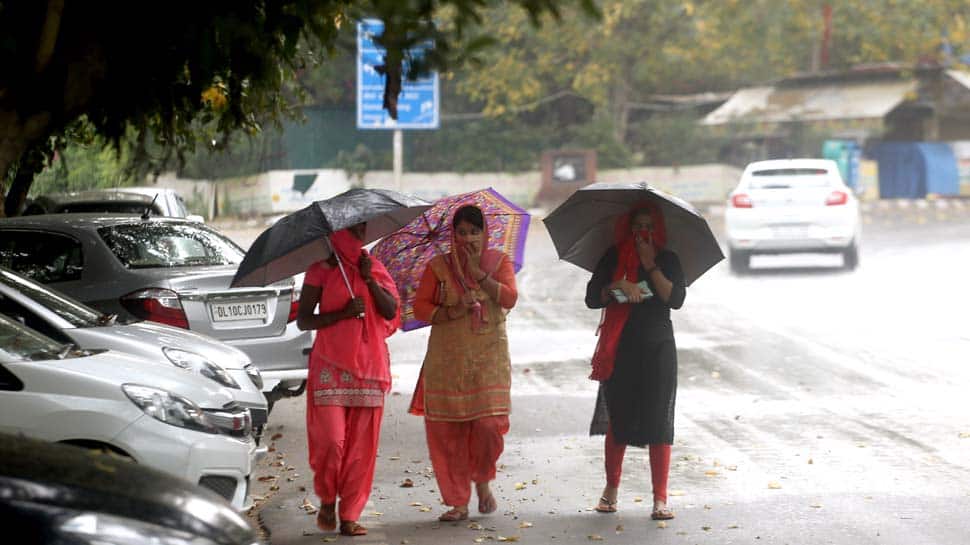 New Delhi: Pre-monsoon showers hit several parts of the national capital region on Wednesday (June 24, 2020) while the monsoon is expected to hit Delhi on June 25.

According to IMD, the monsoon is advancing towards Delhi and today's rain showers are an indication of the monsoon arriving as predicted.

DGM of IMD Delhi Anand Sharma said, "This time north India will see more than normal monsoon. In the next 24 hours, there will be rain in parts of Punjab and Rajasthan."

While monsoon has arrived in Uttar Pradesh and Uttarakhand and it will Delhi with normal rainfall from tomorrow.

According to the Meteorological Department, a good spell of rain is likely on Thursday and Friday and will bring the temperature down.

The maximum temperature is likely to remain around 34 degrees Celcius.

Earlier on Wednesday morning, the head of Regional Weather Forecasting Centre (RWFC) in Delhi Dr Kuldeep Srivastava had predicted the likeliness of Delhi and its adjoining regions such as Gurgaon, Faridabad, Noida and Ghaziabad receiving rainfall in the next three to four hours.

Also, the IMD had forecast rains for some areas of Uttar Pradesh such as Narora, Aligarh, Moradabad, Amroha, Bijnor, and Jahangirabad earlier on Wednesday morning.