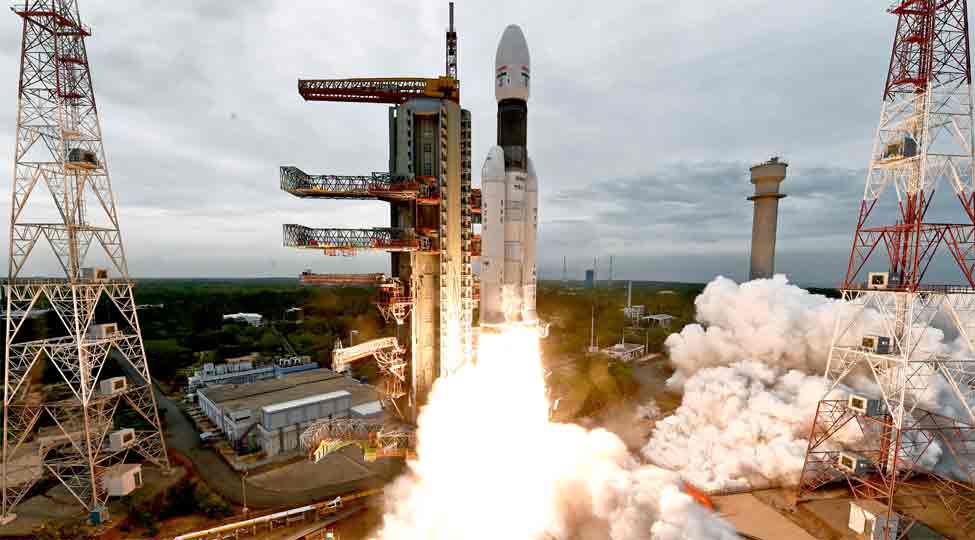 Here, we take a look at the list of payloads carried by Chandrayaan-2's Orbiter and their functions:

TMC 2 is a miniature version of the Terrain Mapping Camera used onboard the Chandrayaan 1 mission. Its primary objective is mapping the lunar surface in the panchromatic spectral band (0.5-0.8 microns) with a high spatial resolution of 5 m and a swath of 20 km from 100 km lunar polar orbit. The data collected by TMC 2 will give us clues about the Moon's evolution and help us prepare 3D maps of the lunar surface.

CLASS measures the Moon's X-ray Fluorescence (XRF) spectra to examine the presence of major elements such as Magnesium, Aluminium, Silicon, Calcium, Titanium, Iron, and Sodium. The XRF technique will detect these elements by measuring the characteristic X-rays they emit when excited by the Sun's rays.

XSM observes the X-rays emitted by the Sun and its corona, measures the intensity of solar radiation in these rays, and supports CLASS. The primary objective of this payload is to provide solar X-ray spectrum in the energy range of 1-15 keV. XSM will provide high-energy resolution and high-cadence measurements (full spectrum every second) of solar X-ray spectra as input for analysis of data from CLASS.

OHRC provides high-resolution images of the landing site — ensuring the Lander's safe touchdown by detecting any craters or boulders prior to separation. The images it captures, taken from two different look angles, serve dual purposes. Firstly, they are used to generate DEMs (Digital Elevation Models) of the landing site. Secondly, they are used for scientific research, post-lander separation. OHRC's images will be captured over the course of two orbits, covering an area of 12 km x 3 km with a ground resolution of 0.32 m.

IIRS has two primary objectives:
Global mineralogical and volatile mapping of the Moon in the spectral range of ~0.8-5.0 µm for the first time, at the high resolution of ~20 nm
Complete characterisation of water/hydroxyl feature near 3.0 µm for the first time at high spatial (~80 m) and spectral (~20 nm) resolutions
IIRS will also measure the solar radiation reflected off the Moon's surface in 256 contiguous spectral bands from 100 km lunar orbit.

The dual-frequency (L and S) SAR will provide enhanced capabilities compared to Chandrayaan 1's S-band miniSAR in areas such as:

The main scientific objectives of this payload are:

Quantitative estimation of water-ice in the polar regions

Estimation of regolith thickness and its distribution

CHACE 2 will continue the CHACE experiment carried out by Chandrayaan 1. It is a Quadrupole Mass Spectrometer (QMA) capable of scanning the lunar neutral exosphere in the mass range of 1 to 300 amu with the mass resolution of ~0.5 amu. CHACE 2's primary objective is to carry out an in-situ study of the composition and distribution of the lunar neutral exosphere and its variability.

To study the temporal evolution of electron density in the Lunar ionosphere. Two coherent signals at X (8496 MHz), and S (2240 MHz) band are transmitted simultaneously from satellite, and received at ground based deep station network receivers.