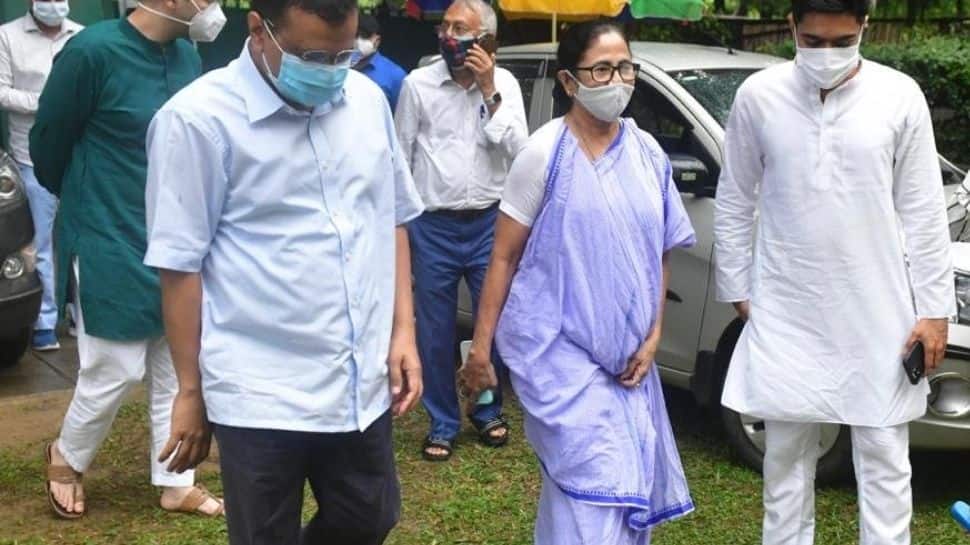 New Delhi: India on Wednesday recorded 43,654 fresh cases of COVID cases in the past 24 hours, according to the Health Ministry. The Union Health Ministry said that nearly 22 districts - 7 from Kerala, 5 from Manipur, 3 in Meghalaya among others, are reporting an increasing trend in COVID-19 cases in the last 4 weeks and termed it a matter of concern.

As many as seven Opposition parties wrote to President Ramnath Kovind urging him to instruct the Centre to discuss farmers' issues, Pegasus in the House on Wednesday. The letter was  signed by BSP, RLP, SAD, National Conference, CPI and the CPI(M), besides the NCP, though, main opposition party Congress was not among the signatories.

Thank you for staying with Zee News for latest updates!

There was no intention to kill anyone. But we had to retaliate as it's our stand that we won't open fire first. When they wanted to surrender, we gave them opportunity to escape unhurt, otherwise, many more could've died: Mizoram IGP John Neihlaia on Assam-Mizoram border clash (ANI)

It was unfortunate that oppn leaders tried to divide the house. Even if it was not supported by the oppn, I thank every person of BJP-led NDA govt who supported Juvenile Justice (Care & Protection of Children) Amendment Bill, 2021: Women & Child Development Minister Smriti Irani (ANI)

Parliamentary Standing Committee on Information Technology could not be held in the absence of the quorum. It was called to discuss the Pegasus snooping row today. The committee had summoned the officials of the Ministry of Electronics and IT. BJP MPs did not participate in the meeting, ANI reported.

Lok Sabha has passed the Insolvency and Bankruptcy Code (A) Bill, 2021 House adjourned till 3pm

President Biden's determination is to continue to grow stronger the relationship between India and the US: US Secretary of State Antony Blinken pic.twitter.com/KDmHSjaLlA

- Bills for consideration and passing

-The Juvenile Justice (Care and Protection of Children) Amendment Bill, 2021

Parliament schedule for Wednesday, July 28, Bills for consideration and passing in Lok Sabha:

Basavaraj Bommai takes oath as the new Chief minister of Karnataka, he hails from the Sadara Lingayat community. Bommai completed his graduation in engineering from BV Bhoomreddy Engineering College in Hubbali. He worked as an industrial entrepreneur and later went on to work with Tata Motors for three years. Click here to read more about him

Basavaraj Bommai sworn-in as the new Chief Minister of Karnataka.

As search operation are underway in J&K's Kishtwar after a cloudburst, here's POLICE helpline numbers to contact in case of any emergency:

Basavaraj Bommai will be sworn in as the new Chief Minister of Karnataka at 11 am. After taking oath, he will also hold his first press conference as the Chief Minister in the Vidhan Sabha.

Four persons were killed and around 36 others are missing and feared dead in a cloud burst in Kistwar district, officials said. Reports reaching said that the cloud burst hit Honjar Dacchan, sweeping away six houses and a ration depot.

A four-storey building collapsed in Mumbai's Andheri area on Tuesday night. Five people sustained injuries in the incident and were admitted to a hospital. (ANI)

Cloudburst reported in Jammu and Kashmir's Gulabgarh area of Kishtwar; no loss of life so far: Deputy commissioner of Kishtwar rold ANI

Maharashtra: A four-storey building collapsed in Andheri area of Mumbai last night. Five people sustained injuries in the incident and were admitted to a hospital. (ANI)

I will chair a meeting of the Cabinet later today. After that, I will hold a meeting with senior officers to review COVID-19 and the flood situation in the state: Karnataka CM-designate Basavaraj Bommai Bommai is scheduled to take oath at 11 am today.

He is scheduled to take the oath of office at 11 am today pic.twitter.com/mVgqZxbVtZ