As the fouth round of talks between the Centre and the farmers' representatives remained inconclusive, the protests will continue till the demands of the farmers are met. The agitation is aimed at getting the three farm bills revoked. 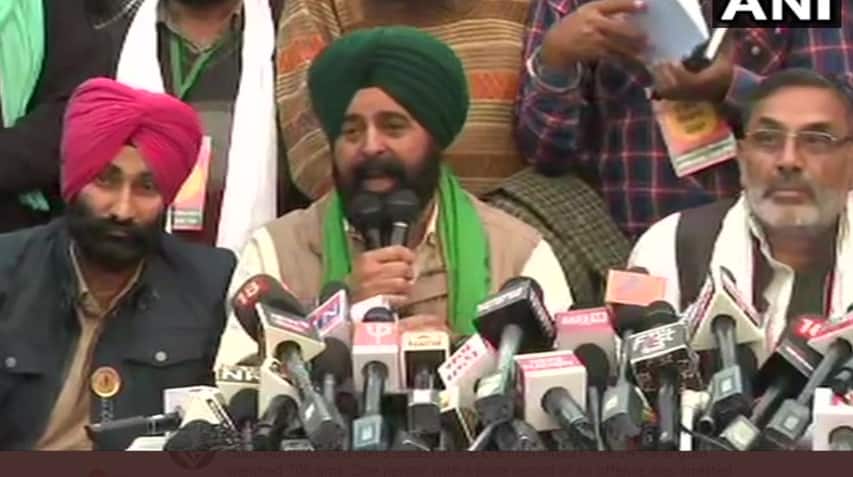 New Delhi: As the fourth round of talks between the Centre and the farmers' representatives remained inconclusive, the protests will continue till the demands of the farmers are met. The agitation is aimed at getting the three farm bills revoked.

Three union ministers and a representative group of agitating farmers met in Delhi's Vigyan Bhavan for discussion on Thursday, though it failed to yield any resolution. The farmer union leaders gave their demands in writing as they were asked to do in the last meeting on Tuesday. The farmers even refused the lunch, tea and water which was offered to them during the nearly eight-hour-long discussion.

Agriculture Minister Narendra Singh Tomar informed reporters that the next meeting will take place on December 5 (Saturday) at 2 pm.

On its part, the government assured the group of nearly 40 farmer leaders that all their valid concerns would be discussed and considered with an open mind, but the other side flagged several loopholes and deficiencies in the laws, which they said were passed in September.

One-day Bharat Bandh has been called on December 8 to protest against the three farm laws. Tomorrow, we will attend the meeting called by the government, farmer leader Rakesh Tikat told ANI at Ghazipur (Delhi)-Ghaziabad (UP) border.

Yesterday, we told the government that the farm laws should be withdrawn. On 5 Dec, effigies of PM Modi will be burnt across the country. We have given a call for Bharat Bandh on December 8, said Bharatiya Kisan Union (BKU-Lakhowal) General Secretary, HS Lakhowal, at Singhu Border while addressing the media.

A petition has been filed in the Supreme Court on Friday, seeking directions for immediate removal of agitating farmers from border areas of Delhi-NCR, keeping in view the fact that they may pose a risk to spread of COVID-19, Om Prakash Parihar, the Advocate on Record (AOR), for the petitioner, told ANI.

India summons Canadian High Commissioner Nadir Patel over remarks by Canadian PM and cabinet members over farmer issues. In a press statement MEA said it issued a demarche and warned "such actions, if continued, would have a seriously damaging impact on ties between India and Canada."

14 years ago on 4 Dec 2006, I began my 26 day hunger strike in Kolkata demanding that agricultural land cannot be forcefully acquired. I express my solidarity with all farmers who are protesting against draconian farm bills passed without consultation by Centre#StandWithFarmers

The DND border witnessed long serpentine queues with hundreds of vehicles lining up on the road. The huge jam is more than 4 kilometers long and people are facing problems. 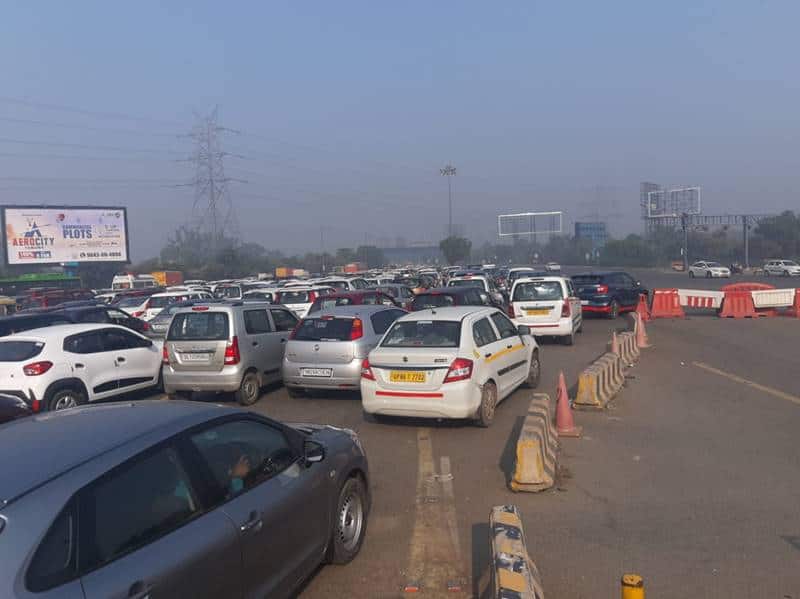 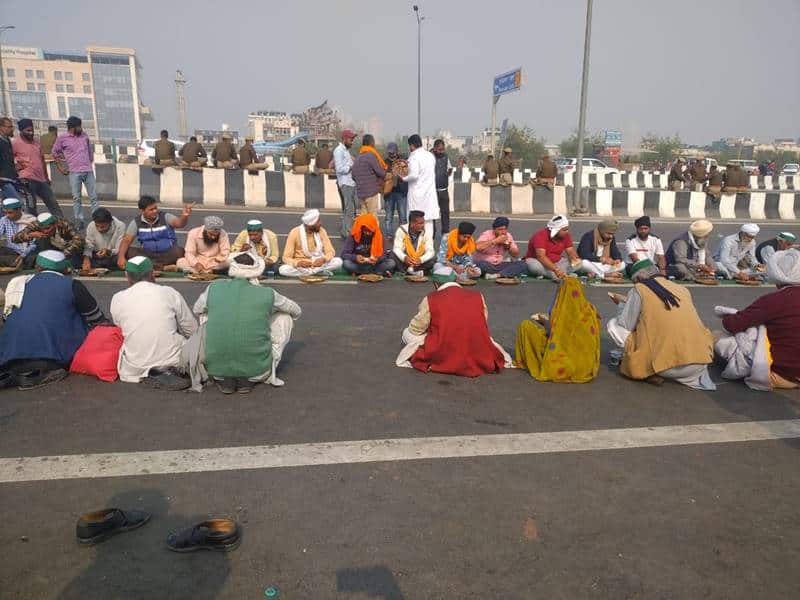 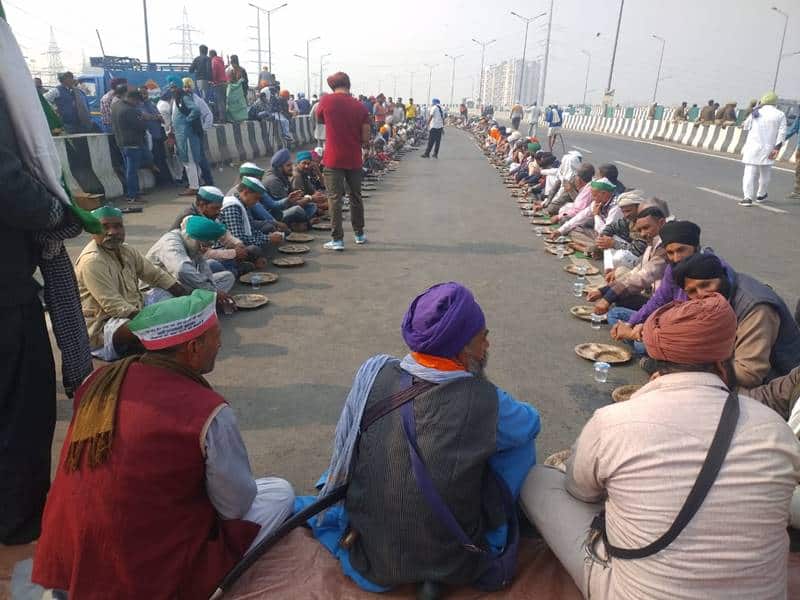 The Delhi Traffic police announced that Gazipur border (Uttar Pradesh-Delhi border) on NH-24 is closed for traffic from Gaziabad to Delhi due to farmers' protests. "People are advised to avoid NH-24 for coming to Delhi and use Apsara/Bhopra/DND," said the Delhi Traffic Police.

BKU leader Rakesh Tikait will go to Singhu Border today along with his colleagues. He said, "The government should decide what to do next. Will wait for the outcome of tomorrow's meeting. The farm laws must be repealed." 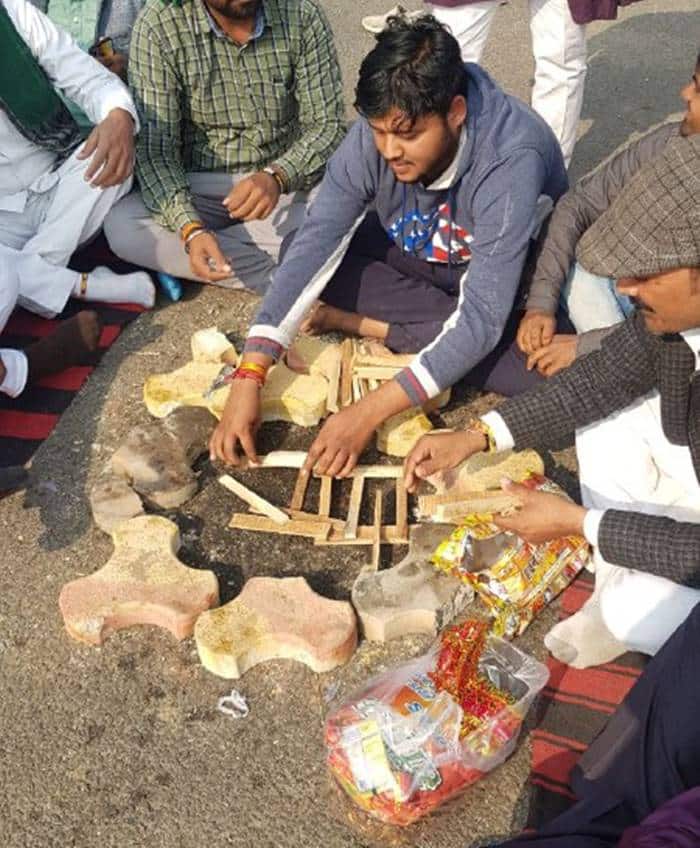 Rakesh Tikait called on farmers to 'Unite and agitate in a peaceful manner'. Talks were held today and there will be more meetings, he said.

He claimed that outsiders are joining their protests disguised as farmers and urged farmers to not listen to 'them' as they are not farmers.

Delhi Traffic Police in a series of tweets said that both Singhu and Tikri borders, where these farmers are protesting, will remain closed.

Besides, it advised people coming to Delhi from Ghaziabad to use Apsara/ Bhopra/DND as Ghazipur border on NH 24 will remain shut for traffic today. 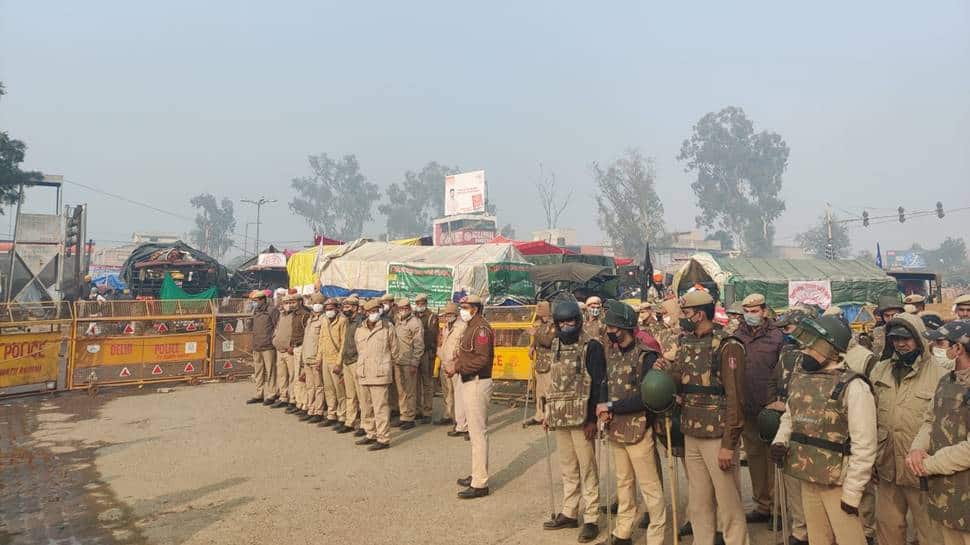 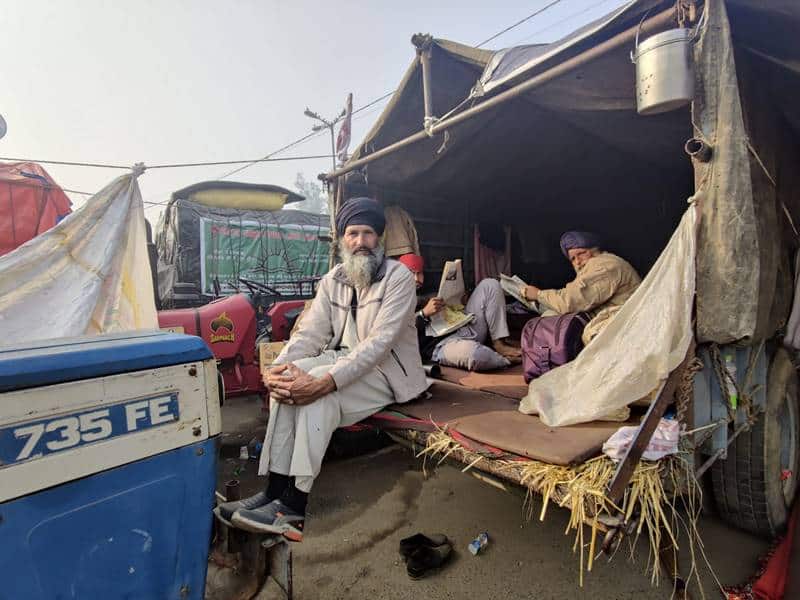 The road from Delhi to Ghaziabad was closed for some time which caused a massive traffic jam. Now the road has been opened. Yesterday, the farmers' organization staged a sit-in ptotest on the NH-24.

After a meeting tomorrow, the farmers say they will decide a startegy on which way to move forward.

The farmers said that the government has understood some of their points, and are willing to listen to us further.

The farmers are clear that they want the farm bills to be abolished.

Tikri, Jharoda Borders are closed for any traffic movement.

Badusarai border is open only for light motor vehicle like cars and two-wheelers.

Jhatikara Border is open only for two-wheeler traffic.

NH 44 is closed on both sides.

Thousands of farmers have been camping at the Singhu and Tikri borders leading to the national capital for the last eight days as part of their protest against the farm laws. Union Agriculture Minister Narendra Singh Tomar, Railways, Commerce and Food Minister Piyush Goyal and Minister of State for Commerce Som Parkash are holding talks with the representatives of the farmer groups at the Dellhi's Vigyan Bhawan.

A delegation of 40 farmers' groups who were engaged in the fourth round of talks with the Centre on Thursday demanded a specific law on Minimum Support Price (MSP) as a pre-condition for ending their ongoing agitation against the new farm laws. The farmer union representatives emphasised that the new law must guarantee them MSP not only now but in the future as well.