According to sources, the woman has allegedly filed a three-page complaint on June 15 against LJP MP Prince Raj, cousin of Chirag Paswan, with the Connaught Place Police 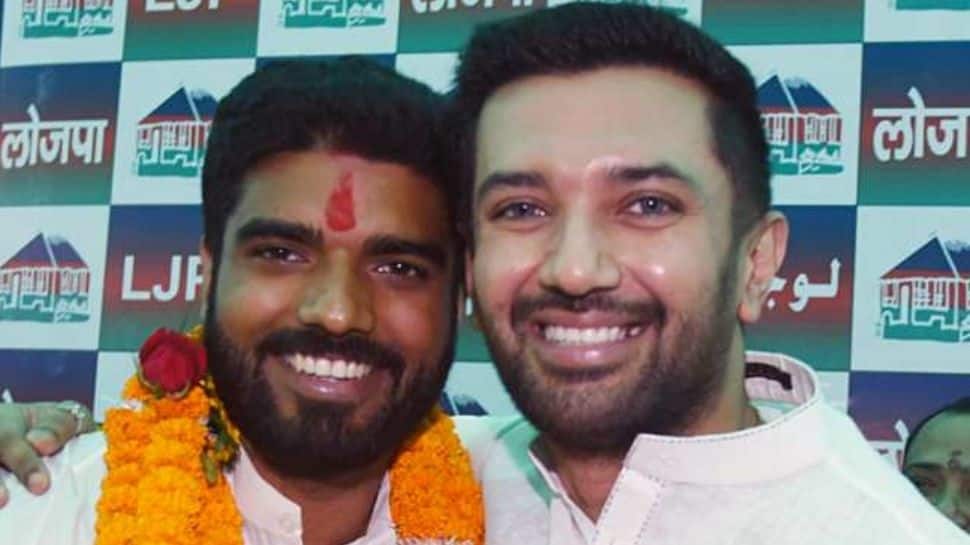 New Delhi: A woman has allegedly lodged a complaint with the Connaught Place Police in Delhi against Prince Raj, Lok Janshakti Party (LJP) MP from Samastipur in Bihar, and cousin of Chirag Paswan. She has accused Prince of sexual assault, according to media reports. According to sources, she has lodged a 3-page complaint on June 15.

On that very day, Chirag Paswan had revealed a letter dated March 29 on Twitter, addressed to his uncle, which mentions the involvement of Prince in an alleged sexual act with a woman leader of the party.

Media reports mention that Delhi Police sources have said that they have received a complaint and investigations are on. No FIR has been lodged, sources said.

There has been high drama in LJP since Monday after Chirag Paswan was unseated as the leader of the party in the Lok Sabha by his uncle Pashupati Kumar Paras. Along with Pashupati Kumar Paras, Prince Raj, Chandan Singh, Veena Devi and Mehboob Ali Keshar revolted against Chirag.