Amid tight security, district administration here along with locals welcomed the first batch of enthusiasm pilgrims for Amarnath Yatra at Tikri on Sunday. 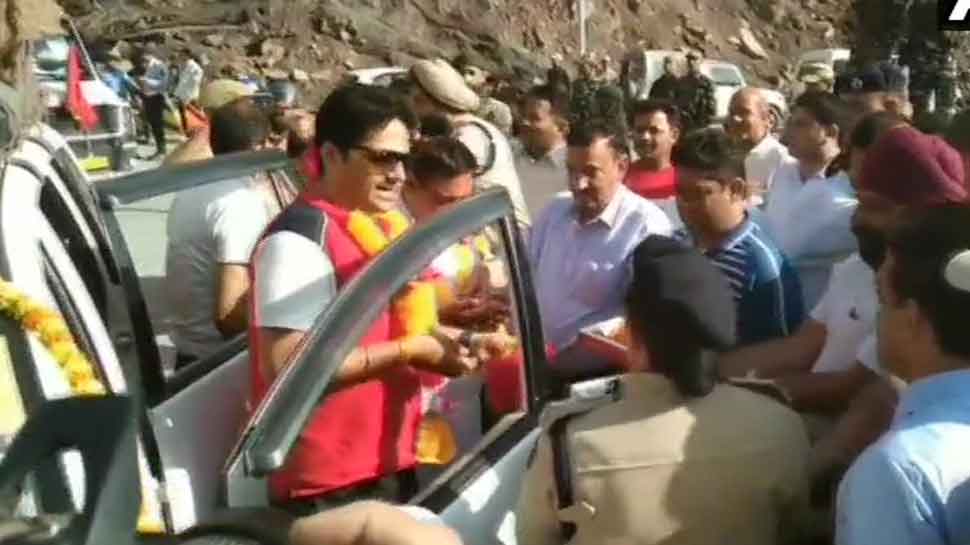 Udhampur (Jammu and Kashmir): Amid tight security, district administration here along with locals welcomed the first batch of enthusiasm pilgrims for Amarnath Yatra at Tikri on Sunday.

Advisor to the Governor in Jammu and Kashmir, KK Sharma, flagged off the first batch of devotees for the Amarnath Yatra at around 4 am today after conducting a puja at the Jammu base camp on Sunday.

He said the adequate security arrangements had been made by the government for the Yatra and hoped the locals would continue their cooperation just like they used to do in the past.

"Many organizations which come from outside and the locals are satisfied with the arrangement done by the government. Adequate security measures have been made for the Yatra. We hope for the cooperation of all people concerned and pray the devotees successfully conduct the Amarnath Yatra," Sharma added.

Case of sour grapes: Adityanath lashes out at Priyanka Gandhi over tweet on crimes in UP