Home Minister Amit Shah gave a detailed explanation after the bill was tabled for discussion and said that it is a part of the Bharatiya Janata Party-led National Democratic Alliance manifesto. Several opposition parties including the Congress, Shiv Sena, Samajwadi Party, Bahujan Samaj Party (BSP), and Trinamool Congress (TMC) strongly opposed the bill and protested against it. 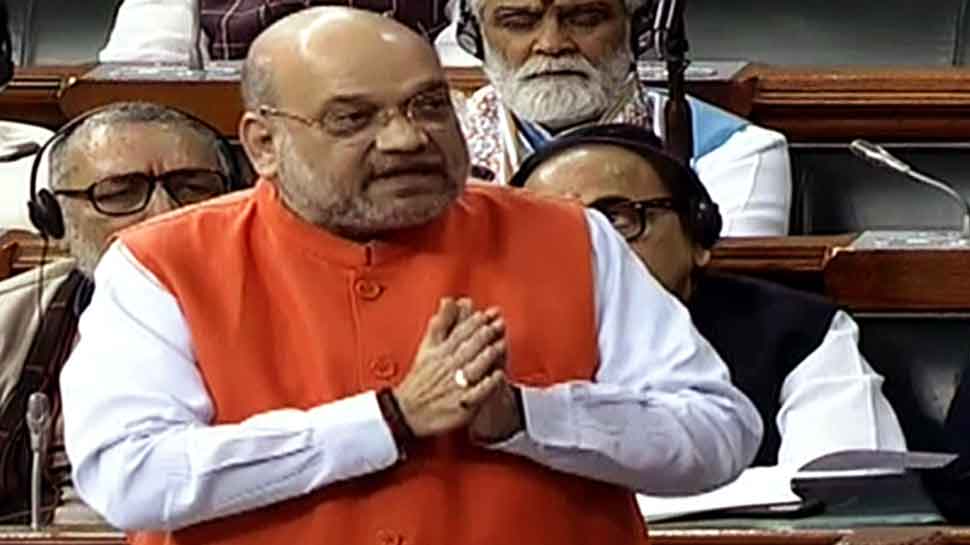 New Delhi: It was a day of passionate debate and arguments from the government and the opposition on the Citizenship Amendment Bill, 2019, in the Lok Sabha on Monday (December 9) which was passed after midnight with 311 MPs voting in its favour and 80 against.

Union Home Minister Amit Shah gave a detailed explanation after the bill was tabled for discussion and said that it is a part of the Bharatiya Janata Party-led National Democratic Alliance manifesto.

He argued that it does not discriminate against any minority community as alleged by the opposition. On the other hand, several opposition MPs voiced their opinion against the bill, claiming it discriminates against Muslims on the basis of religion.

Giving information on the CAB, which was introduced in the Lok Sabha after it got 293 votes in favour, Shah said that Manipur will be brought under Inner Line Permit Regime and will remain exempted from the proposed legislation.

''As per the bill, it will not be applicable to the tribal areas of Assam, Meghalaya, Mizoram or Tripura as included in the sixth schedule of the Constitution and in the areas covered under The Inner Line, notified under the Bengal Eastern Frontier Regulation, 1873. Currently, the ILP regime is applicable in Arunachal Pradesh, Nagaland and Mizoram.''

Several opposition parties including the Congress, Shiv Sena, Samajwadi Party, Bahujan Samaj Party (BSP), and Trinamool Congress (TMC) strongly opposed the bill and protested against it. Congress MPs led the protest against the Citizenship Amendment Bill in the House, calling it aviolation of the Indian Constitution, secular ethos, culture and civilisation.

Even before the bill was introduced in Parliament on Monday, Congress leader Adhir Ranjan Chowdhury said the Congress would oppose it tooth and nail. A day before the introduction of the bill, Congress had called for a meeting at 10 Janpath, on Sunday.

While the debate on the bill was underway, AIMIM MP Asaduddin Owaisi tore a copy of the same to highlight his protest and made statements like ''It's worst than Hitler's law and is against the Constitution of India and a disrespect to our freedom fighters.'' Owaisi compared his act similar to that of Mahatma Gandhi's reaction during the discriminatory citizenship card in South Africa.

TMC's Abhishek Banerjee also showed his disagreement on the bill and said, "Swami Vivekananda would be shell shocked if he was here seeing this bill as it is against his idea of India. BJP's idea of India is divisive. It will be disastrous if we ignore words of Mahatma Gandhi and not heed the advice of Sardar Patel."

Amit Shah had conducted several meeting before the introduction of the bill to avoid any kind of confusion or fear prevailing in the Northeastern states. The meeting was attended by many politicians and activists including the chief minister of Mizoram Zoramthanga and Assam Minister Himanta Biswa Sarma.

Despite several efforts, protests erupted in Assam, Manipur, Tripura, and Manipur. The All Assam Students’ Union (AASU) held a torch rally in Guwahati to protest against the Citizenship Amendment Bill.

As the discussion regarding the bill reached towards its end, Amit Shah claimed, ''Under no dimension, this bill is unconstitutional, or is against Article 14.'' In a bid to prove his statement, Shah added, ''In 1991, Hindu population was 84% and in 2011, it was 79%. In 1991, the Muslim population was 9.8% and today it's 14.23%. We have done no discrimination on basis of religion and in future as well, there will be no discrimination based on religion.''

The Citizenship Amendment Bill will provide Indian nationality to Hindus, Christians, Sikhs, Parsis, Jains and Buddhists fleeing persecution from Pakistan, Afghanistan and Bangladesh. The Union Cabinet gave its nod to the bill on December 4, 2019.