A video recently went viral on social media where six people could be seen trashing an elderly man. The assailants also chopped off the victims` beards and it was reported that the victim was made to chant slogans like "Jai Shree Ram" and "Vande Mataram". 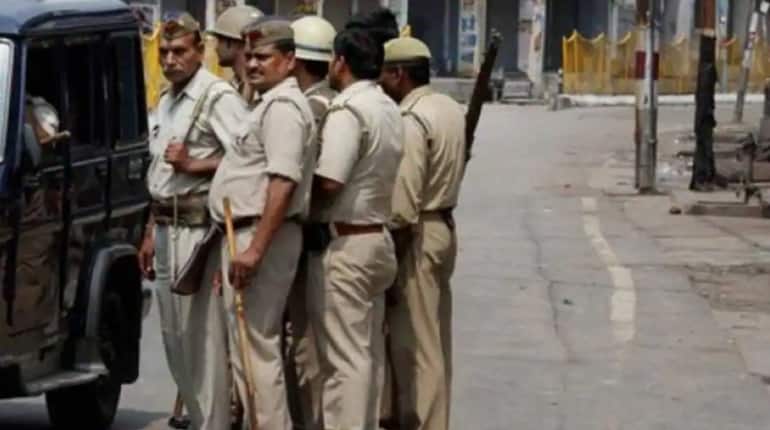 Ghaziabad: Ghaziabad Police has filed an FIR against nine entities, including Twitter India in connection with the Loni incident, in which a man was thrashed and his beard was chopped off.

A video recently went viral on social media where six people could be seen trashing an elderly man. The assailants also chopped off the victims` beards and it was reported that the victim was made to chant slogans like "Jai Shree Ram" and "Vande Mataram".

In the FIR, the Police, however, said, "There is no communal angle to the incident in Loni where a man was thrashed and his beard was chopped off. The following entities -- The Wire, Rana Ayyub, Mohammad Zubair, Dr Shama Mohammed, Saba Naqvi, Maskoor Usmani, Salman Nizami -- without checking the fact, started giving communal colour to the incident on Twitter and suddenly they started spreading messages to disrupt the peace and bring differences between the religious communities."

Police further said that Twitter has done nothing to prevent the video from getting viral, and named "Twitter, Twitter Communications India Pvt, The Wire, Rana Ayyub, Mohammad Zubair, Dr Shama Mohamed, Saba Naqvi, Maskoor Usmani, Salman Nizami" as accused in the FIR.Police in the FIR noted that there is no communal angle in the incident."

Äccording to the FIR, "The victim Abdul Samad Sufi and the accused have known each other for a long time. The victim sold a tabeez (amulet) to the key accused with the promise that it will bring him prosperity but he [Parvesh] complained that it had an adverse effect on his family. When the tabeez did not work, the accused got angry and had beaten the victim."

The FIR further said that a case in the matter has been filed and Ghaziabad police have arrested the three accused who had trashed the elderly victim.

On Tuesday, All India Majlis-e-Ittehadul Muslimeen (AIMIM) chief Asaduddin Owaisi condemned the incident stating that the "right to dignity of Muslims is being snatched" from them since the Bharatiya Janata Party (BJP) came to power at the Centre.

AIMIM Chief alleged that such incidents against Muslims are happening because these attackers know they will receive political support from the ruling party.

He told media persons, "A 72-year-old man was brutally beaten up and his beard was forcefully cut off. The persons who attacked him are of the same kind who are inducing hatred in Muslims of this country. While beating the old man brutally, these attackers have recorded the video and have posted it on social media."

Earlier, Congress leader Rahul Gandhi also said that the incident in Ghaziabad was shameful for the society, evoking a sharp response from Uttar Pradesh Chief Minister Yogi Adityanath who accused him of "spreading poison".

Tagging a report on the incident, Rahul Gandhi said, "I am not willing to accept that true devotees of Lord Ram can do such a thing." He tweeted in Hindi to say, "Such cruelty is far removed from humanity and is shameful for both society and religion."

Meanwhile, the Ghaziabad Police have ruled out any communal angle in the incident, saying Sufi Abdul Samad was attacked by six men -- Hindus and Muslims -- who were unhappy over the amulets he had sold to them.

Citing the police's statement, CM Adityanath tagged Gandhi's tweet and said, "The first lesson Lord Ram taught was to 'speak the truth' which you have not done in your life."

Attacking Gandhi, Yogi further said in his tweet in Hindi, "You should be ashamed that even after the police has put forth the truth, you are spreading poison in the society," adding "In the greed of power, you are shaming humanity. Stop humiliating and defaming the people of Uttar Pradesh."

The arrested youths have been identified as Kalloo and Adil. Apart from them, Polly, Arif, Mushahid and Parvesh Gurjar were also involved in the incident, Senior Superintendent of Police Amit Pathak told PTI.