The government's decision is being seen as a balancing act by the Centre in a bid to assuage concerns in Assam. 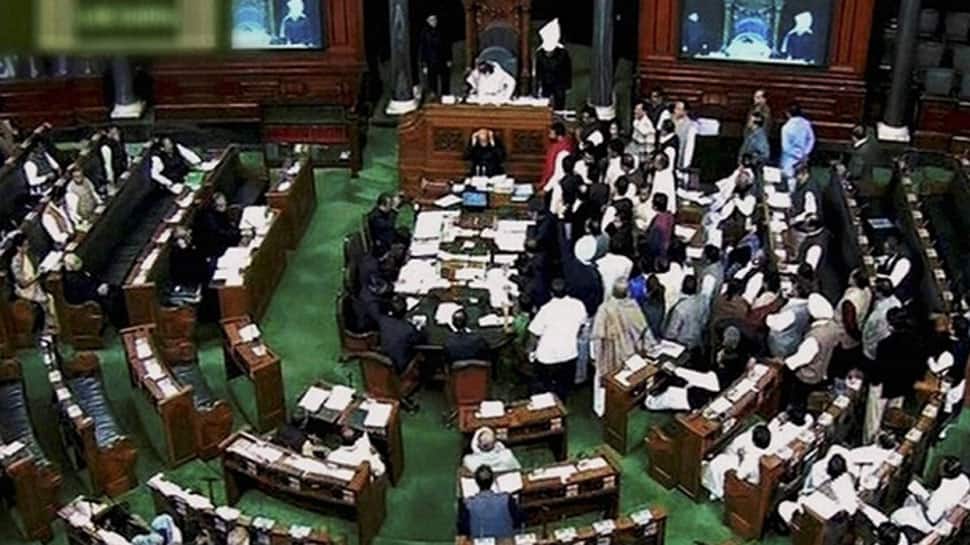 New Delhi: The Lok Sabha on Tuesday passed a contentious bill seeking to provide Indian citizenship to non-Muslims from Bangaldesh, Pakistan and Afghanistan, amid protests in north eastern states and opposition parties terming the proposed law "divisive" and "flawed".

Immediately after Home Minister Rajnath Singh introduced the Citizenship (Amendment) Bill 2019, Senior Congress leader Mallikarjun Kharge said there are "flaws" in the bill that does not address the Assam Accord and requested the Speaker to send it to a select committee. His party walked out after the Speaker refused to accept the demand.

Other opposition party leaders, including TMC's Saugata Roy dubbed the bill as "divisive" and "insidious" that goes against the basic tenets of the Constitution. "This is the worst form of vote-bank politics", Roy added.

Defending the bill, which he said was not "Assam-centric", the Home Minister asserted that the bill was not against the provisions of the Constitution and would give succour to persecuted minorities in three neighbouring countries as they "have no place to go to, except India."

Rejecting the contention that the bill sought to discriminate people on the basis of religion, Singh said, "Anyone eligible under the provisions under the law will be accorded citizenship".

Seeking to assuage the concerns in the Northeast, which saw an 11-hour bandh on Tuesday against the legislation, Singh said the proposed law will not be confined to Assam alone.

"The burden of those persecuted migrants will be shared by the whole country. Assam alone should not have to bear the entire burden. Government of India is committed to give all help to the State Government and people of Assam," he said.

The bill provides for according Indian citizenship to Hindus, Jains, Christians, Sikhs, Buddhists and Parsis from Bangladesh, Pakistan and Afghanistan after six years of residence in India instead of 12 years, which is the norm currently, even if they do not possess any document.

There has been a strong opposition in Assam and other north eastern states against the bill, especially after Prime Minister Narendra Modi's address in Silichar last Friday when he said,"The Citizenship Bill is an atonement of the wrong that was done during India's Partition. I hope this bill is passed soon in Parliament. India will safeguard all who had been victims of the Partition", making it clear that the government will bring in the bill in Parliament.

Political parties, students groups and others have been protesting on the grounds that the bill seeks to grant nationality to non-Muslims who have come up to December 31, 2014, thereby, increasing the deadline from 1971 as per the Assam accord. Also as per the accord, all illegal immigrants, irrespective of religion, have to be deported and this bill violates that, Asom Gana Parishad (AGP) said while quitting the alliance with the BJP in Assam on Monday.

However, an official release from the Home Ministry clarified that the government has "waived the requirement of cabinet approval" for the bill granting ST status to these six communities.

The government's decision is being seen as a balancing act by the Centre in a bid to assuage concerns in Assam.

Agitators clashed with the police, gheraoed Chief Minister Sarbananda Sonowal's house at his native place in Dibrugarh, blocked national highways and damaged vehicles in Assam during the 'bandh'.

The All Assam Students' Union (AASU) activists tried to ransack a BJP office in Dibrugarh, prompting security forces to resort to lathicharge and fire rubber bullets.

Protests were held in other north eastern states as also in West Bengal.

Asserting that several leaders including first Prime Minister Jawaharlal Nehru were in favour of giving shelter to persecuted minorities in neighouring countries, the Home Minister said pacts were signed in the past with Pakistan and Bangladesh for protection of minorities but unfortunately it has not happened.

Apart from NDA allies, Shiv Sena and JD (U), the state governments in Mizoram and Meghalaya have also opposed the bill by adopting resolutions against it.

The Home Minister said the migrants - Hindus, Jains, Christians, Sikhs, Buddhists and Parsis - were earlier given protection against legal action in 2015 and 2016.

"Long-term visa provision was made for them. The amendment will make these persecuted migrants eligible to apply for citizenship," he said, adding it will be given only after due scrutiny and recommendation of district authorities and the state government.

The legislation also seeks to provide relief to persecuted migrants who have come through western borders to states like Gujarat, Rajasthan, Delhi and Madhya Pradesh, he added.

It will apply to all states and union territories and the beneficiaries will be able to reside in any part of the country.

Originally introduced in 2016, the bill was sent to the JPC, which submitted its report on Monday and based on its recommendations a fresh bill was introduced on Tuesday.

The Bill was also opposed by P R Kunhalikutty (IUML), Jayprakash Narayan Yadav (RJD) and Asaduddin Owaisi (AIMIM) who all contended that it was against the Constitution.