Uddhav took oath as the 18th chief minister of the state, ending the month-long political crisis in Maharashtra. The 59-year-old leader also became the third Shiv Sena leader after Manohar Joshi and Narayan Rane to become the CM of Maharashtra. 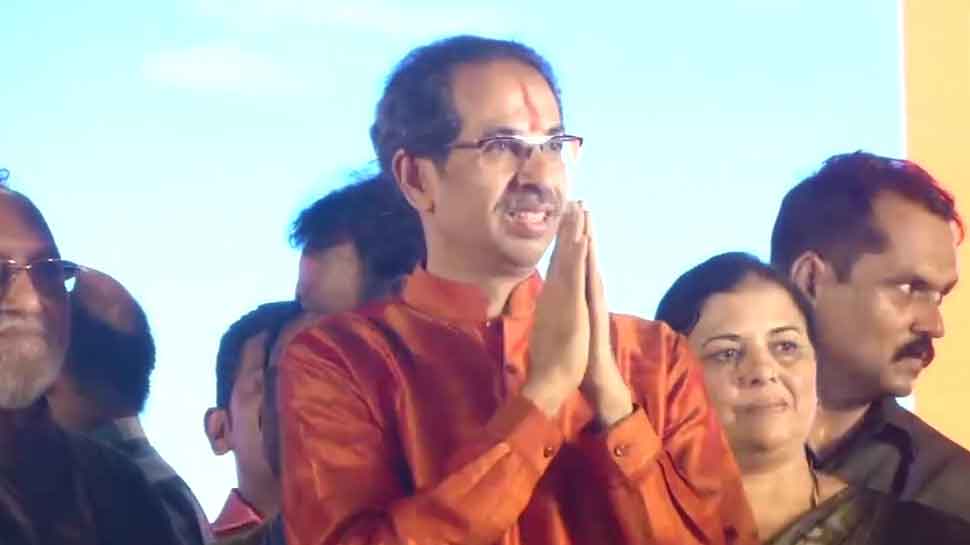 MUMBAI: Shiv Sena president Uddhav Balasaheb Thackeray was sworn-in as the new Chief Minister of Maharashtra in a grand function held at the iconic Shivaji Park here on Thursday evening. State's Governor BS Koshyari administered the oath of office and secrecy to Uddhav Thackeray, 59, who sported a striking saffron-colored 'kurta-pyjama', the official colour of his party.

Uddhav took oath as the 18th chief minister of the state, ending the month-long political stalemate in Maharashtra. The 59-year-old leader also became the third Shiv Sena leader after Manohar Joshi and Narayan Rane to become the CM of Maharashtra.

Uddhav's ascension to the top post came after days of political tussle and hectic negotiations between the Sena, Nationalist Congress Party and the Congress to form a coalition government after Sena decided to snap its ties with BJP over the chief minister’s post.

Among the prominent dignitaries present on the occasion were more than 500 farmers and farm widows from all over Maharashtra, Thackeray's cousin and Maharashtra Navnirman Sena president Raj Thackeray, Reliance Industries Limited chairman Mukesh Ambani, his wife Nita Ambani and their family.

Thackeray's son Aditya Thackeray and wife Rashmi, besides aunt Kundatai (mother of Raj Thackeray) who was seen shedding tears of joy at her nephew's ascent as CM, were also present.

Scores of leaders, legislators, MPs and well-wishers touched Thackeray's feet as he gracefully accepted their wishes and felicitations. A group of Jain monks and sanyasis also turned up impromptu to pray for, wish and bless Thackeray and son Aaditya, on the stage after the oath ceremony.

Shivaji Park was transformed into a sea of humanity with an estimated over 100,000 people, including activists of the three MVA parties and others, coming from all over Maharashtra to witness the historical event.

Shortly after the swearing-in ceremony, Uddhav chaired the first meeting of his cabinet during which he sanctioned Rs 20 crore for conservation of Maratha King Shivaji Maharaj's erstwhile capital, Raigad.

The newly-appointed CM also assured immediate assistance for the rain-hit farmers of Maharashtra. ''I have asked officials to provide me with complete information on state and central schemes for farmers in the next two days. Once I get all the details, I will make a decision accordingly,'' CM Uddhav said.

Projecting the Congress-NCP-Shiv Sena alliance as a ''pro-people government'', the Chief Minister said, "I want to assure the people of the state that we will give a good government."

Earlier in the day, the Sena-Congress-NCP combine released its Common Minimum Program, with attention to farmers’ crisis, unemployment, and health and industry sectors in the state.