PM Modi has invited the heads of all political parties to discuss several issues including the 'One Nation, One Election' idea. 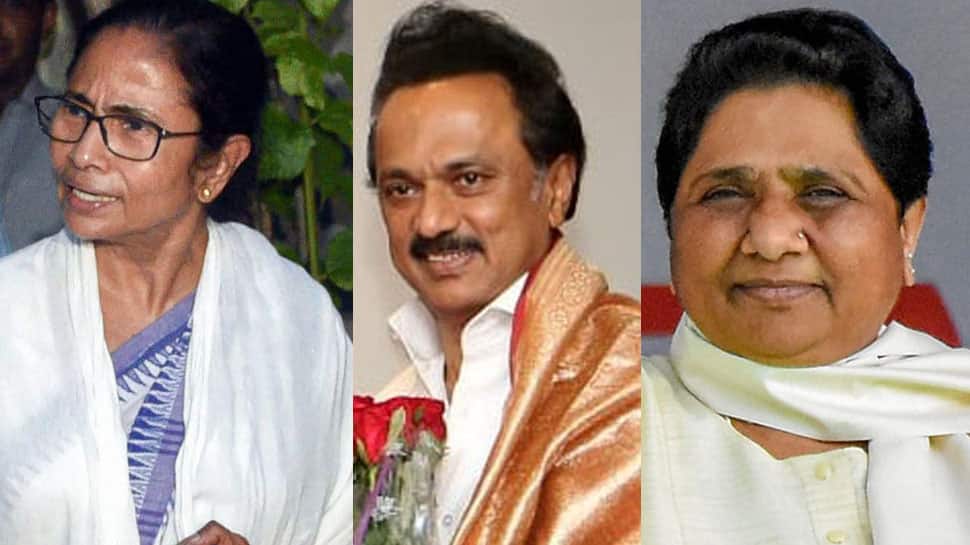 The meeting of party leaders across political parties, who have a lawmaker either in Lok Sabha or Rajya Sabha, on Wednesday convened by Prime Minister Narendra Modi will not be attended by many leaders. PM Modi has invited the heads of all political parties to discuss several issues including the 'One Nation, One Election' idea. The talks will also be held on the celebration of the 75 years of Independence in 2022 and 150 years of Mahatma Gandhi's birth anniversary this year. This will be followed by a dinner meeting with all MPs on June 20.

Shiv Sena chief Uddhav Thackery will also not be able to attend the all-party meet owing to prior engagements. The party is celebrating its 53rd Foundation Day on Wednesday. Thackeray is scheduled to meet several party leaders throughout the day, and later address a meet at Shanmukhananda hall in the evening.

Mayawati said she would have attended the all-party meeting called by the prime minister if it was on EVMs, and described the idea of simultaneous Lok Sabha and assembly polls as a ploy to divert attention from issues like poverty. The BSP chief alleged that the people's faith in the electronic voting machines (EVMs) had dwindled to a worrisome level. "The stubbornness of conducting elections through electronic voting machines instead of the ballot paper is the real threat to the democracy and Constitution of the country. "In these circumstances, if the meeting was convened to deliberate upon the deadly issue, then I would have definitely attended it," Mayawati tweeted.

"Elections in any democracy can never be a problem, nor the elections should be weighed from the point of view of expenditure and extravagance," she said. "The 'one nation, one election' is, in fact, an attempt to divert the attention from burning national issues such as poverty, inflation, unemployment and increase in violence, and is simply an illusion."

Telangana CM KCR will not attend the meeting. KT Rama Rao, Working President of the party and son of the Chief Minister, would represent the TRS (Telangana Rashtra Samiti) in the meeting. On Wednesday, he is slated to preside over the party state executive meeting in Hyderabad.

MP from Guntur Jayadev Galla is likely to represent the TDP at the meeting.

Banerjee excused herself and asked the Centre to prepare a white paper on the issue, instead of doing it "hurriedly". "A proper response on such a sensitive and serious subject like 'one country, one election' in such a short time would not do justice to the subject. The matter requires consultations with constitutional experts, election experts and above all, the party members," she said in a letter to Parliamentary Affairs Minister Prahlad Joshi.

"Instead of doing the matter hurriedly, I would like to request you to kindly circulate a white paper on the subject to all political parties inviting their views by providing adequate time. If you only do so, we will be able to give concrete suggestions on this important subject," the letter further read.