Police sources said that the man laid down on the road at around 1:25 pm when Defence Minister Rajnath Singh's convoy approached near the Parliament. 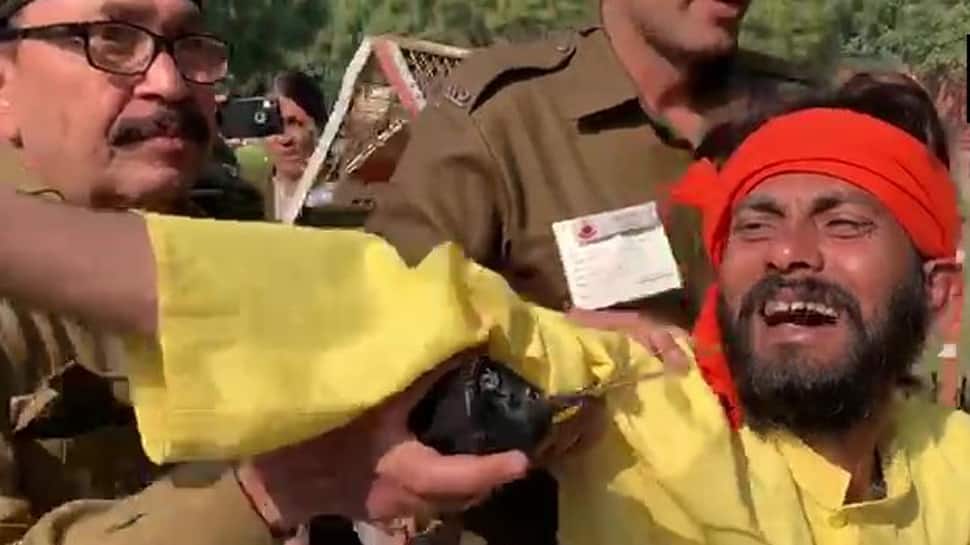 An unidentified man breached Z plus security provided to Defence Minister Rajnath Singh and came in front of his convoy near Parliament on Tuesday (December 3). The man said that wanted to meet Prime Minister Narendra Modi. The man was detained by the police for questioning. Police sources said that the man laid down on the road at around 1:25 pm when Singh's convoy approached near the Parliament.

#WATCH Delhi: A man came in front of Defence Minister Rajnath Singh's convoy near Parliament, today. He claimed that he wanted to meet Prime Minister Narendra Modi. He was later detained by the police. pic.twitter.com/yunm3vsVzr

The incident happened just a day after it was reported that a car entered into Congress leader Priyanka Gandhi's house in central Delhi's high-security Lodhi Estate on November 25.

Sources told Zee Media that five people including a girl were sitting in the car which managed to reach the porch near the garden at Priyanka Gandhi's house. Those sitting in the car walked straight to Priyanka's garden and asked for a photo to be taken with the Congress leader. Sources claimed that the family said they have come all the way from a town in Uttar Pradesh to click a photo with her.

A complaint was filed in connection with this matter at Tughlaq Road police station by Priyanka on November 25. She had also informed the CRPF about the security breach too and all CRPF personnel who were tasked with Priyanka's security were suspended dereliction of duty.

On November 8, the Ministry of Home Affairs had decided to withdraw the Special Protection Group (SPG) cover given to the Gandhi family, including Priyanka, and gave them 'Z Plus' security provided by the Central Reserve Police Force (CRPF). The decision was taken at a high-level meeting of the MHA after threat assessment to the Gandhi family was done from different agencies. According to the intelligence bureau, there is no direct threat to the Gandhi family.