Developed by DRDO, the missile is equipped with many advanced features, including ultra-modern imaging infrared radar seeker with integrated avionics. 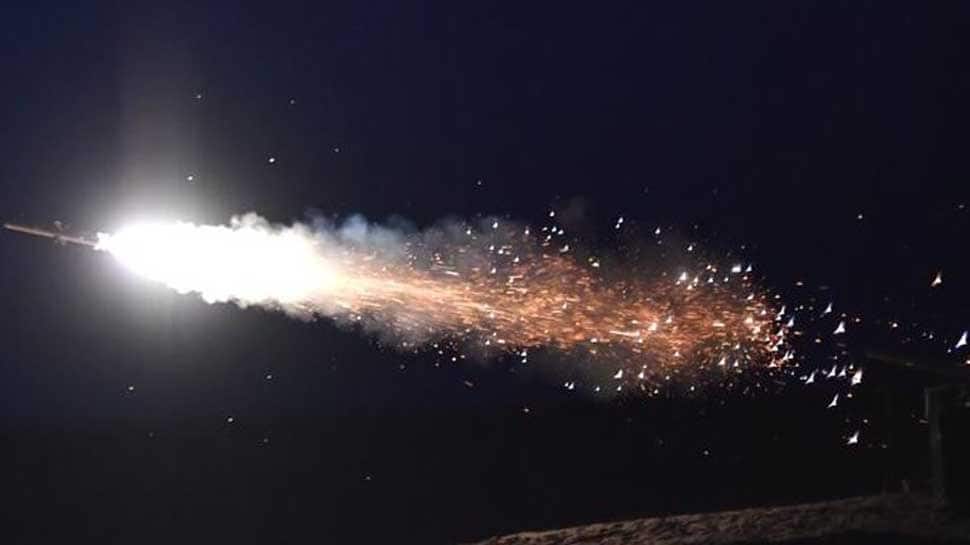 In a major boost for infantry troops of the Army, Defence Research and Development Organisation (DRDO) on Thursday successfully test-fired Man Portable Anti-Tank Guided Missile (MPATGM) in the desert ranges of Rajasthan.

According to Defence Ministry sources, the MPATGM launched from the shoulder is low weight, fire and forget. Developed by DRDO, the missile is equipped with many advanced features, including ultra-modern imaging infrared radar seeker with integrated avionics.

#WATCH: India successfully carried out trial of the Man Portable Anti Tank Guided Missile (MP-ATGM) being developed for infantry troops of the Army. The DRDO carried out the trial of the missile with 2-3 km strike range last night in Rajasthan desert. pic.twitter.com/fUcDj3Jlww

The programme director for this missile is V.S.N. Murthy and the project director is K.E. Kapadia. Sources added that the entire operation was under the direction of Director General of Missile Strategic Systems M.S.R. Prasad.

The MPATGM is a third-generation anti-tank guided missile (ATGM) comes loaded with a high-explosive anti-tank (HEAT) warhead. It has a maximum engagement range of about 2.5 kilometers.

It is expected that the mass production of these missiles would begin in 2021. In December 2017, the government had decided to scrap deal worth USD 500 million with Rafale for 321 Spike ATGM systems and 8,356 missiles in favor of the MPATGM system. It is to be noted that in October 2014, the Spike ATGM was selected by then government over the US-made FGM-148 Javelin ATGM system.

On Tuesday, DRDO had successfully conducted the third trial of the Pinaka guided missile in Rajasthan's Pokharan.

Developed by DRDO, the Pinaka missile system can fire a salvo of 12 HE rockets in 44 seconds. It can be mounted on a Tatra truck for mobility. Each Pinaka battery consists of: six launcher vehicles, each with 12 rockets; six loader-replenishment vehicles; three replenishment vehicles; two Command Post vehicle (one stand by) with a Fire Control computer, and the DIGICORA MET radar. A battery of six launchers can neutralise an area of 1,000 m × 800 m within no time.