In Punjab and Haryana, the maximum temperature hovered around the normal at many places on Sunday. 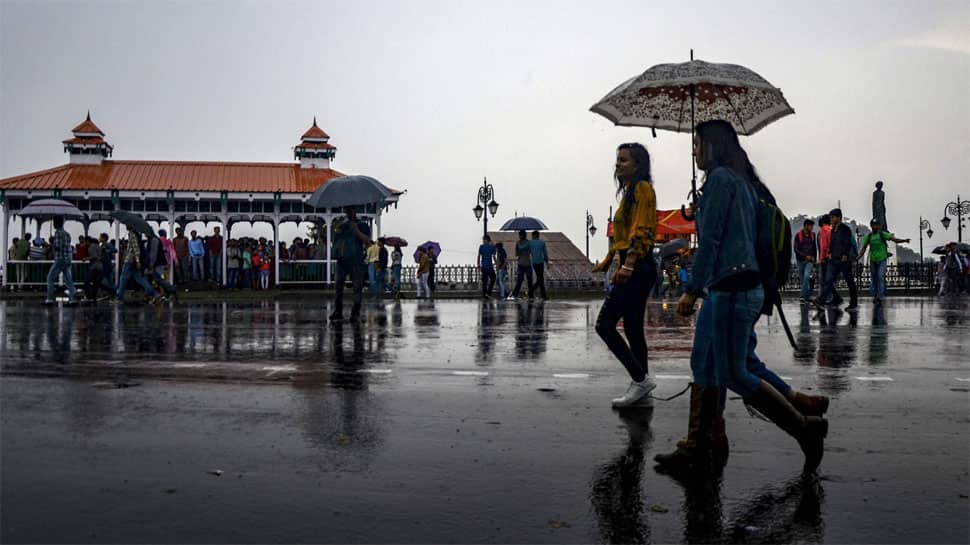 New Delhi: The maximum temperature in several parts of north India remained close to normal on Sunday, even though moderate rainfall in Rajasthan brought relief to people battling the sweltering heat in the desert state.

However, the day temperature in Delhi during the morning hours dropped several notches, a day after a sudden dust storm hit the national capital. The maximum temperature was recorded at 38.4 degrees Celsius, a notch below the average.

The meteorological department had predicted light rain during the day, but it did not occur. The rainfall recorded till 8:30 am today was 4.7 mm, the department said.

Moderate rain occurred at a few places in Himachal Pradesh, with Paonta Sahib, south of Sirmour district, being the wettest in the state with 35 mm of precipitation.

Intermittent rainfall occurred in Shimla and surrounding areas, while the sky remained heavily overcast. The state capital and Mandi received 20 mm and 19 mm of rains.

In Rajasthan, Churu and Kota recorded 4.1 mm and 0.3 mm rainfall respectively. Since yesterday, Dholpur has recorded 70 mm rainfall followed by 60 mm each in Sapau, Sarmathura, Kishangarh and Renwal. Various other places recorded 10 to 30 mm rainfall, a MeT department official said in Jaipur.

Dust storm and thunderstorm are likely to occur at a few places in east Rajasthan tomorrow, the official said.

The weather office in Lucknow said rain and thunderstorm are "very likely" at a few places over eastern Uttar Pradesh tomorrow. The day temperature has increased in Gorakhpur, Faizabad, Allahabad, Lucknow and Bareilly.

In Punjab and Haryana, the maximum temperature hovered around the normal at many places, a day after rain lashed several places in the two states.

Chandigarh, the common capital of the two states, recorded a high of 37.2 degrees Celsius, down two notches against normal limits, the MeT department in Chandigarh said.

Amritsar recorded a maximum temperature of 37.1C, down two notches against normal limit, in Punjab. Ambala in Haryana recorded a high of 37.3C, one notch below the normal.

Thunderstorm with gusty winds are likely at isolated places in Haryana and Punjab tomorrow, the MeT forecast said.

Heavy rainfall lashed a few places in Chhattisgarh and Vidarbha region, while thunderstorm was observed at isolated places over Madhya Pradesh and Chhattisgarh.

The weather department has forecast rain or thundershower with gusty winds and lightning at isolated places over Madhya Pradesh, Vidarbha and Chhattisgarh until tomorrow.

In Bengaluru, rain played spoilsport on Afghanistan's first practice session ahead of its historic Test debut against India.

Rain threat looms large over the match starting on June 14 as the weathermen has forecast wet conditions for another two days.