The Afghan Taliban on Tuesday claimed the responsibility for a truck bomb attack in Kabul. 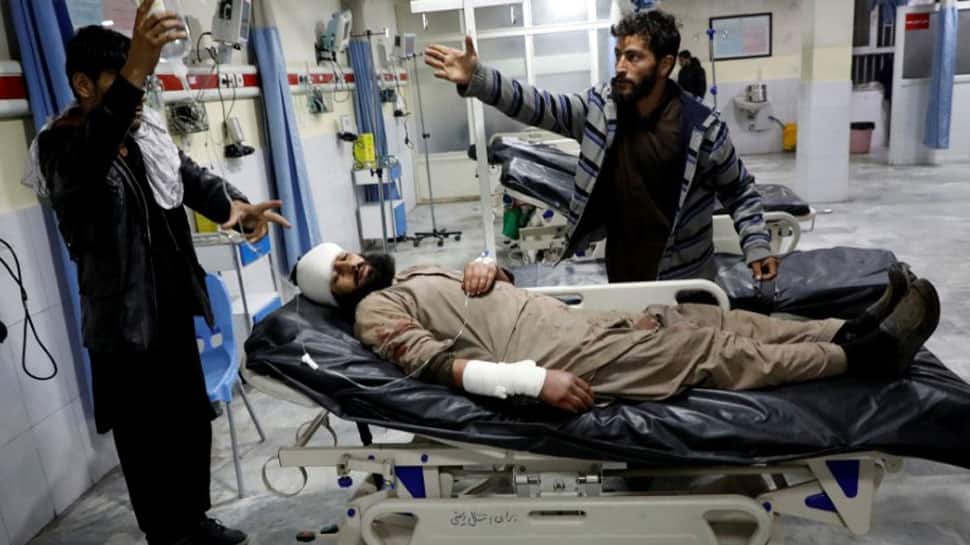 NEW DELHI: The Government of India (GoI) on Tuesday strongly condemned Monday's deadly attack in Afghanistan's capital Kabul in which several people, including an Indian national, were killed.

''India strongly condemns the horrific terror attack in Kabul yesterday in which an Indian national and many others lost their lives. We express our sincere condolences to the families of the victims of this cowardly attack and wish early recovery to the injured,'' a statement issued by the Ministry of External Affairs (MEA) said.

The MEA further informed that the Indian Embassy in Kabul is taking steps for repatriation of the mortal remains of the Indian national killed in the deadly attack.

''The Indian Embassy in Kabul is taking steps for repatriation of the mortal remains of the Indian national. India calls for the perpetrators of this heinous attack and those who provide them shelter to be brought to justice expeditiously,'' the MEA statement said.

MEA: The Indian Embassy in Kabul is taking steps for repatriation of the mortal remains of the Indian national. India calls for the perpetrators of this heinous attack and those who provide them shelter to be brought to justice expeditiously. https://t.co/jwefErZjsP

At least 4 people died and more than 100 injured after a bomb exploded in a place frequented by foreigners.

The Afghan Taliban on Tuesday claimed the responsibility for a truck bomb attack in Kabul that left at least four dead and over 100 wounded.

Taliban spokesman Zabiullah Mujahid said in a statement that attackers on Monday night blew up a truck laden with explosives before entering Green Village compound in Kabul, Efe news reported.

"Based on the initial information in this attack, tens of foreign invading forces and their Afghan supporters were killed," Mujahid said, without specifying the number of victims.

The Taliban said that after the first explosion, four other suicide bombers entered the area - referred to as "the intelligence nest" - where fighting went on for several hours.

Mujahid said several civilians in nearby houses suffered light injuries due tothe impact of the explosion but added that "civilians were not the target".

However, Kabul Police spokesperson Basir Mujahid said four persons were killed and 113 wounded in the attack.

He also denied the Taliban`s version of a clash with suicide bombers after the explosion.

"There was no armed attack by suicide bombers after the first bombing. After the blast, the area was secured by our security forces (...) The situation in the area is normal," the police official said.

Kabul in recent months has witnessed a large number of attacks against all types of targets, from members of the Shia minority to workers involved in the October 20 parliamentary elections along with candidates and voters.

The last such attack happened in late December on a government building which left 48 dead.

Since the end of the NATO combat mission in January 2015, the Afghan government has been losing ground to the Taliban.

The government barely controls 56 percent of the country, according to data from the Special Inspector General for Afghanistan Reconstruction of the US Congress.