Mufti had earlier urged all J&K-based parties to unite against Centre's move to deploy additional 10,000 CAPF in the state to bolster the ongoing anti-terror operations in the state. 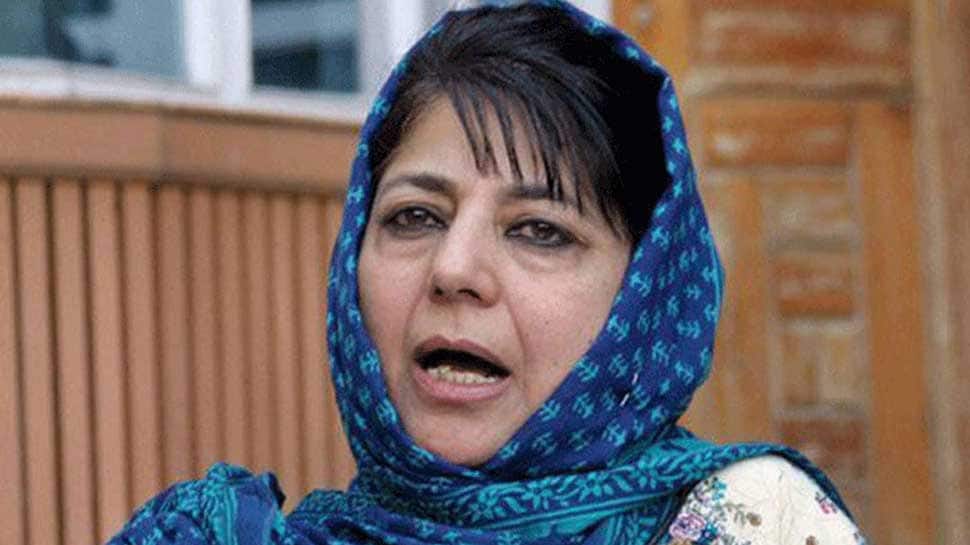 JAMMU: Former Jammu and Kashmir chief minister and People's Democratic Party (PDP) chief Mehbooba Mufti has urged all parties to unite and fight against the Centre's reported move to scrap Article 35A in the state.

Speaking to news agency ANI, the PDP chief said, ''There are rumours that Article 35A can be scrapped. With regards to that, we all should unite at the moment....not only political leaders but all political workers, from National Conference, Congress or PDP should go to every household and urge everyone to collectively fight against any attempt to scrap Article 35A in J&K.''

The PDP leader said that everyone should be ready to make sacrifices to defend Article 35-A.

Meanwhile, former legislator and president of Awami Ittihad Party (AIP), Engineer Rashid on Wednesday urged political parties to forget their differences and forge unity to protect the special status of Jammu and Kashmir.

It may be recalled that the PDP chief had earlier urged all J&K-based parties to unite against Centre's move to deploy additional 10,000 central armed paramilitary forces in the state to bolster the ongoing anti-terror operations in the state.

Issuing a warning to the Centre, the former Jammu and Kashmir chief minister had earlier said that any move to meddle with the Article 35A would be akin to playing with fire and anybody who touches it will be burned to ashes.

The PDP chief made these remarks while addressing a gathering on PDP's 20th foundation day event in Srinagar on Sunday.

Mehbooba had on Saturday criticised the Centre for its decision to deploy additional 10,000 central armed paramilitary forces (CAPF) in Jammu and Kashmir.

Criticising the move, she said that it has created "doubts" and "fear psychosis" among the people.

"Security personnel are being brought in here which is not right. It is creating doubts among the people," the PDP leader said.

"Centre`s decision to deploy additional 10,000 troops to the valley has created fear psychosis amongst people. There is no dearth of security forces in Kashmir. J&K is a political problem which won`t be solved by military means. GOI needs to rethink & overhaul its policy," she had said in a tweet.

Mehbooba further argued that the Kashmir issue is a political problem which cannot be solved by using the military.

"Jammu and Kashmir is a political issue. There is no military solution to this issue. It cannot be solved until you talk to Pakistan and the people here. You can establish temporary peace (using military) but for long-lasting peace, it is necessary to solve the Kashmir problem (through talks)," she said.

PDP chief attacked the Centre after it was reported that the Ministry of Home Affairs had ordered the deployment of an additional 100 companies of the central armed police force (CAPF) to "strengthen the CI grid as well as for maintaining law and order situation in Jammu and Kashmir."

Out of the 100 coys, 50 are from Central Reserve Police Force (CRPF), 30 from Sashastra Seema Bal (SSB), and ten each from Border Security Force (BSF) and Indo-Tibetan Border Police (ITBP).