The rift over a range of issues on equivalence on military and civilians working in Ministry of Defence could widen. 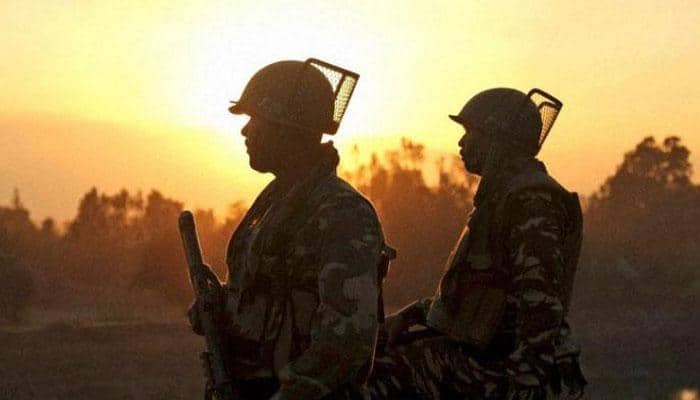 A high-level panel looking into parity between military and civilian employees working under the Ministry of Defence (MoD) has not reached a consensus on the subject, a year after being set up, triggering friction between the armed forces and the government.

With no breakthrough, the rift over a range of issues on equivalence on military and civilians working in Ministry of Defence could widen, sources said.

The panel was expected to table its report by now but with no agreement between the three members of the committee, a final decision cannot be taken.

"None of them have signed on the report as there is no consensus," a defence source said.

There has been a strong buzz that the panel was in favour of implementing the MoD order of October 18, 2016 of downgrading ranks of military officers working in service headquarters of the Army, Navy and Air Force in comparison to their civilian colleagues belonging to the Armed Force Headquarters Civil Services (AFHQCS).

"Several presentations have been made at the highest level opposing the government move to downgrade military ranks. It has been communicated that this will affect the morale of the forces," said a military official.

The AFHQCS cadre was introduced in 1968 for running the service headquarters of the forces.

The MoD order last year put a Major General and equivalent ranks in Air Force and Navy (Air Vice Marshal and Rear Admiral) to the level of Principal Director, Brigadier (Air Commodore and Commodore) Director level, and a Colonel (Group Captain and Captain) to a joint-director level.

This, in effect, meant that military ranks were demoted in comparison to their civilian colleagues as a Lt Colonel rank officer enjoyed the status of a Director before this.

The matter has also fuelled resentment among the armed forces as it was being viewed as an attempt by the government to lower the status of military officers.

Following the hue-and-cry after the decision, then Defence Minister Manohar Parrikar set up the 'Equivalence Committee' to look into the subject.

The matter has remained pending since then.

This is not the only issue that has triggered friction between the armed forces and the MoD in the last one year.

A tussle over pay inequality between armed forces and civilians working under the MoD has led to serious "command and control problems" affecting the working in some critical areas, including field operations, which top military brass had earlier alerted the government about.

The armed forces have been demanding that they should be eligible for the Non Functional Upgradation (NFU) like the civilian Grade 'A' officials working under MoD will put the armed forces officials at par with their non-military colleagues. The government has challenged the judgment of the Armed Forces Tribunal in favour of granting NFU to armed forces. The matter is scheduled to come up for hearing next week in the Supreme Court.

The Centre's decision to cancel free ration for officers of the armed forces serving in peace stations and replacing it with an allowance was also opposed by the services. The most contentious issue was the amount of allowance to be paid. It was communicated to the Ministry of Defence (MoD) that either the practice of ration in kind should continue for officers on peace posting or an allowance of Rs 205.11 per officer per day be paid with tax exemptions.