The demand to ban air travel coincides with the Centre`s advisory to states and Union Territories (UTs) to ensure preparedness of health infrastructure like availability of ICU, O2 beds, ventilators, among others, and to focus on rural areas. 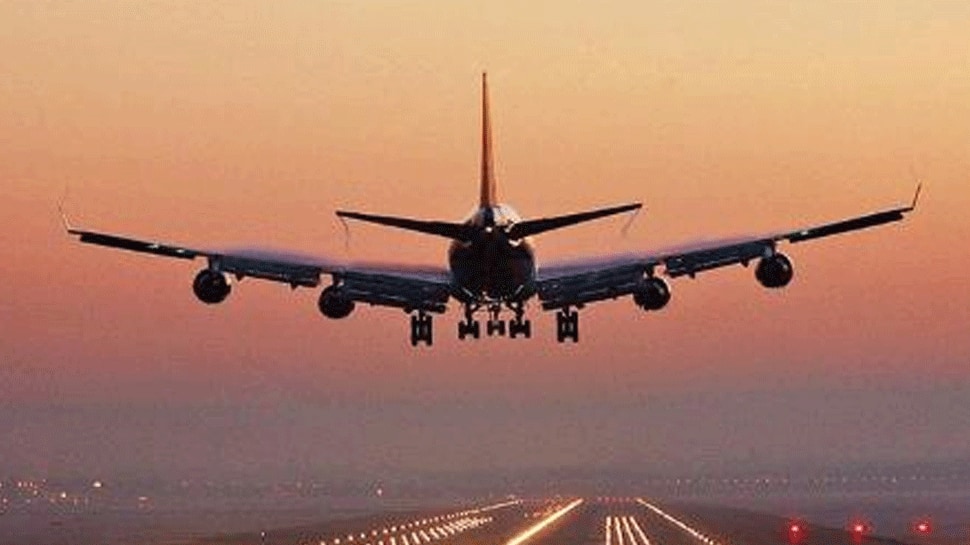 New Delhi: Amid demands to ban international travel between India and ‘at-risk’ nations, the government has said that it is "closely monitoring" the situation emerging out of the detection and spread of coronavirus` Omicron variant across the world.

According to civil aviation regulator DGCA, stakeholders are being consulted on the evolving situation and a final decision on the resumption of international flight operations.

"In view of the evolving global scenario with the emergence of new `Variants of Concern`, the situation is being watched closely in consultation with all stakeholders," the DGCA said in a circular issued on Wednesday. "An appropriate decision indicating the effective date of resumption of scheduled commercial international passenger services shall be notified in due course."

Lately, a chorus has grown against the opening of normal international flight operations from December 15 against the backdrop of the new and reportedly more infectious variant.

The demand coincides with the Centre`s advisory to states and Union Territories (UTs) to ensure preparedness of health infrastructure like availability of ICU, O2 beds, ventilators, among others, and to focus on rural areas.

At present, several nations have either closed their air spaces or placed strict restrictions on incoming passengers.In this environment, especially after suffering the massive second wave of Covid-19 which was unleashed by the Delta variant, many are questioning the Centre`s move to open up the sector.

On Wednesday, the Ministry of Civil Aviation clarified on post-arrival testing protocols. "Travellers undergoing random sampling may give the sample and be allowed to leave. Now, the random sampling would be limited to 2 per cent as per the latest Ministry of Health and Family Welfare guidelines and it would be on a self-paid basis.

"Airlines or airports may coordinate with the officials of state or UT governments to select the passenger at random sampling." The ministry also said that post-arrival testing can be exempted "if a person is travelling from a `not at risk` country and has only a transit in `at risk` country before taking the destination flight".

"However, if the person has travelled to any `at risk` country in the last 14 days, he or she will be asked for post-arrival testing and other additional restrictions, etc."

The Delhi airport said that operations for international arrivals have been "running smooth" post the implementation of the new guidelines laid down by the Union Health Ministry after the emergence of the new variant.

A total of 1,013 passengers from four `at-risk` flights successfully completed arrival formalities due to the availability of the Rapid Antigen Test` along with the RT-PCR test, the Delhi International Airport Ltd said in a tweet on Wednesday morning.

As many as 792 passengers decided to take the Rapid PCR Test and 221 passengers opted for the RT-PCR rest, it added. As per Mumbai`s Chhatrapati Shivaji Maharaj International Airport, under the latest directive issued by the Maharashtra government, passengers from high-risk countries will be segregated from passengers arriving from low-risk countries.

It said that there is adequate RT-PCR testing facility for international arrivals in the form of 48 registration counters and 40 sampling booths, while a large sitting area for the passengers awaiting their RT-PCR results has been activated with amenities like washrooms, foods and beverages.

On the other hand, a tussle erupted between the state and the Central governments on the matter of post-arrival protocols. The Centre took on the Maharashtra government which had unilaterally imposed a 14-day mandatory home quarantine requirement on arriving passengers even if they test negative upon arrival.

Union Health Secretary Rajesh Bhushan, in a letter to the Maharashtra government, said this is "in divergence" with the standard operating procedures and guidelines issued by the Union Ministry.

Recently, India decided to allow the resumption of scheduled commercial international passenger services from December 15. However, the government said there will be a calibrated resumption of operations from the countries recognised as "at risk" by the Union Health Ministry.

There are more than 10 countries in the "at risk" list, including countries in Europe, South Africa, Brazil, Bangladesh, Botswana and China, among others.

Passenger air services were suspended in late March 2020 due to the nationwide lockdown to check the spread of Covid-19. While domestic flight services resumed from May 25, 2020, international flight services were only maintained through bilateral `Bubble Agreements`, currently with 28 countries.