Not only in Britain, but in Spain and Portugal, 7 and 9 men have been infected with the virus, most of whom are reported to be gay or bisexual men.

The monkey virus is spreading in many countries in the US and Europe. According to the World Health Organization (WHO), Britain's health officials have decided to conduct raids on various "bars" and "saunas" to identify the spread of the virus this time. Their fear is that the infection has spread mainly from the sex cycle of gay and bisexual men. On May 7, the first monkey pox patient was diagnosed in London. The man had recently returned from Nigeria. Therefore, the experts believed that the person had somehow come into contact with the virus in Africa. But after that, experts were not sure how six more people got infected with the disease

Britain's Health Ministry said six of the newly infected patients were gay and bisexual men. Recently, all six of them reported having sex with a male partner. Not only in Britain, but in Spain and Portugal, 7 and 9 men have been infected with the virus, most of whom are reported to be gay or bisexual men. Britain's health protection agency has also advised gay men to be extra cautious for the time being.

But what is this disease?

Doctors say it's a special type of spring disease. The virus is most likely to spread through animals. In particular, the virus can spread rapidly through rats. 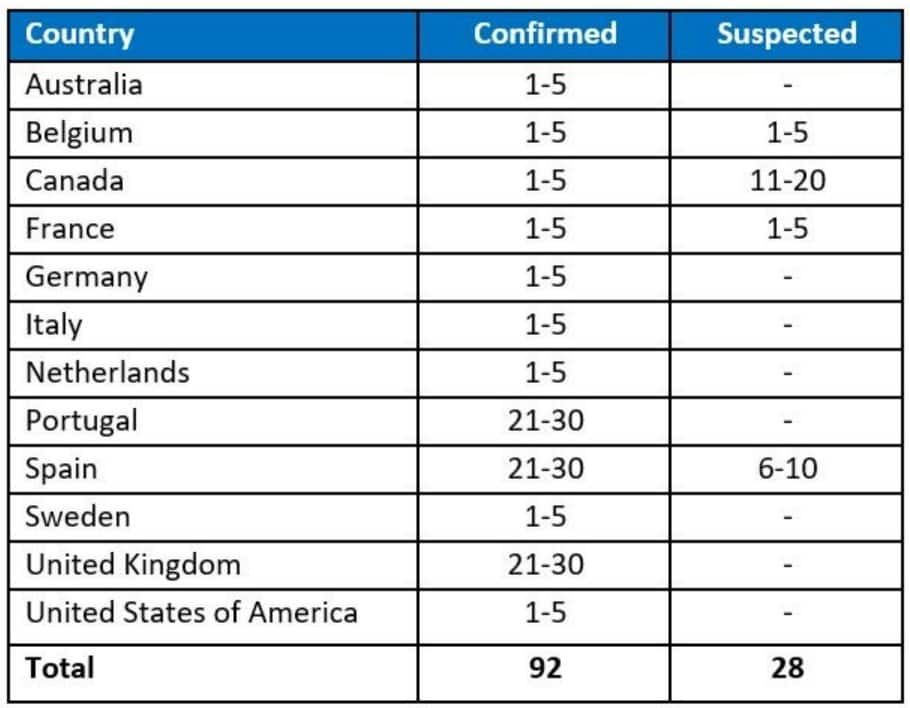 How contagious is this virus?

Coming in contact with a person with monkey pox can increase the risk of infection. Monkey virus can also enter the body of others through the respiratory tract, any wound created in the body, nose or eyes. At least that's what the experts initially thought. But recent reports say that the virus can also attack each other's bodies through mating. Experts say that there is also a risk of monkey pox in physical contact with an infected person.

How do you recognize this virus?

There are some initial symptoms such as fever, headache, muscle pain, pain in the hands and feet. Apart from this, when infected with monkey pox, various body lymph nodes become swollen. There are numerous small scars on the body. Gradually, the wound deepened and spread throughout the body. Due to the similarity of the symptoms of monkey pox with the spring, many people are mistaken for spring or chicken pox in the early stages.

How is monkey pox different with chicken pox?