Saamana, the Shiv Sena mouthpiece, writes in an editorial that it has become fashion to blame the party for all that happens in Mumbai. 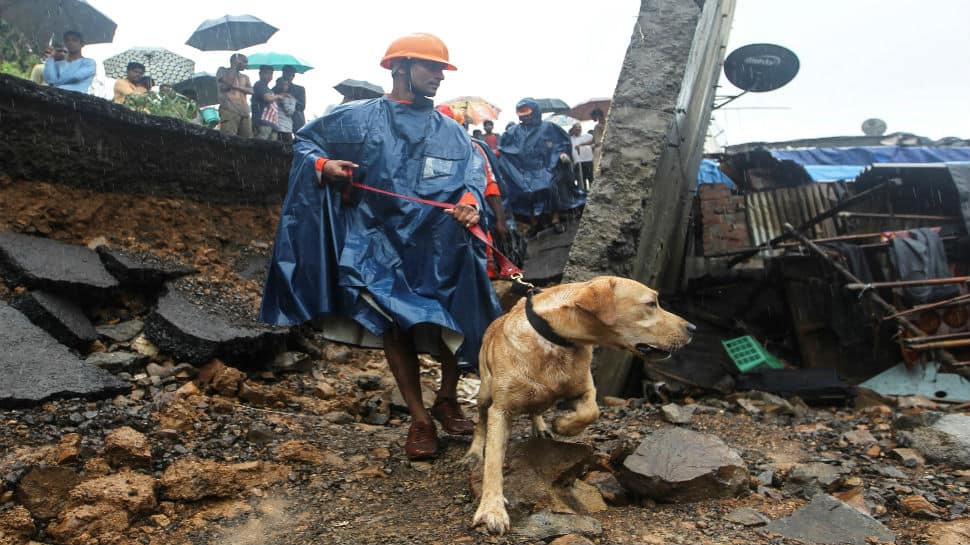 Shiv Sena has been widely slammed for having been unable to check the mayhem caused by monsoon rains in Mumbai and other parts of Maharashtra but the party has returned fire in equal measure and said that its rivals are only interested in playing politics.

Sena, which controls the Brihanmumbai Municipal Corporation in Mumbai and is the smaller coalition partner in the state government, has been facing flak over a plethora of unfortunate incidents ranging from deaths due to walls collapsing and waterlogging. An editorial in Saamana, the party's mouthpiece, Sena has countered by saying that petty politics should be avoided at all costs. "These incidents are tragic and extremely unfortunate. These incidents should and will be investigated. (But) Rivals indulging in politics currently is despicable. What else will those who are allergic to Shiv Sena do?" the editorial read.

The editorial, while admitting that the loss of lives is extremely unfortunate, shifted blame for most of the incidents of walls collapsin in various parts of the state on heavy downpour. "Rainfall in the past two to three days brought lives to a standstill in Mumbai on Tuesday. What else will happen when the entire rainfall in the month of June takes place in just 48 hours. The incident at Malad should not have happened but it has been established that the wall there collapsed due to heavy rainfall."

Maharashtra has received widespread rainfall over the past several days and the editorial claims that such weather conditions would throw up a massive challenge for authorities everywhere. It further states that it has become fashion to blame Sena for 'every little thing that takes place in Mumbai.' "It is our good fortune that rivals have not blamed Shiv Sena for the fact that all of June's rainfall has been received in just two to three days in Mumbai."

On Tuesday, rival political parties led by Nationalist Congress Party (NCP) had launched a scathing attack against Shiv Sena over the issue of civic apathy in Mumbai. Questioning the work done by BMC, the party had said that widespread corruption has been exposed. CM Fadnavis too has had to face a lot of flak although he has claimed that the situation in Mumbai and other parts of the state is under control.