Of the total 28 bypoll seats in Madhya Pradesh, BJP has been leading on 19, Congress on 8 and BSP on 1. 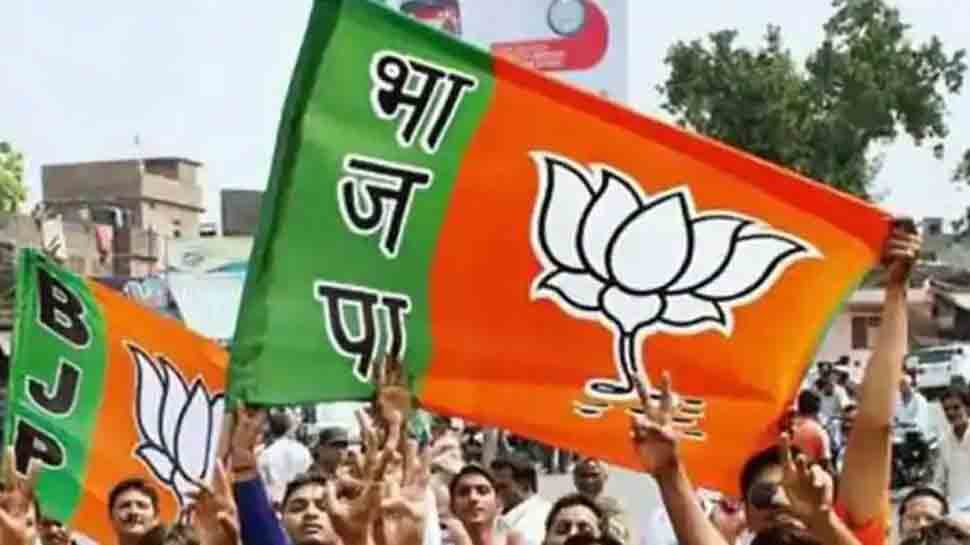 BHOPAL: Narayan Patel of the ruling BJP in Madhya Pradesh has won from Khandwa, where bypolls were held on November 7. He defeated arch-rival Uttam Pal of Congress with a margin of 21,900 votes. According to the Election Commision, Narayan Patel received a total of 80,004 votes while Uttam Pal got 58,013 votes.

Of the total 28 bypoll seats in Madhya Pradesh, BJP has been leading on 19, Congress on 8 and BSP on 1.

Going by the current trends, the BJP seems to be on significant edge in Malwa, Gwalior, Nimar and Bundelkhand; whereas it is lagging behind in Chambal region. Here the BSP is seen to be spoiling the game of BJP.

We take a look at the status of BJP and Congress in following seats:

If we look at initial trends, there is a fierce competition in both big seats of Bhopal region. Here, BJP and a Congress candidate are leading on each of the two seats.

The only seat in Mahakaushal region is seen to be siding with the BJP. From Anuppur, minister Bisahulal Singh is far ahead of rival Vishwanath Singh Kunjam.

Known to be stronghold of Scindias, BJP is looking to gain in Gwalior. Here, BJP candidates are leading in almost eight of the total nine seats whereas Congress is ahead in one seat.

While Pragilal Jatav of Congress is seen taking a long jump in Karaira. In contrast, there is the condition of Bhander seat with Phool Singh Baraiya. From here, Baraiya is seen lagging behind.

Former Madhya Pradesh Chief Minister and Congress leader Kamal Nath's magic is seen in Chambal whereas Jyotiraditya Scindia's shine has faded. Congress candidates are leading in five of the seven seats in this region while the BSP is leading on one seat.

Congress candidate Ajab Singh Kushwaha is ahead of minister Edal Singh Kanshana in one of the seats.

BJP's Manoj Untwal and Manoj Chaudhary have been leading in Agar and Hatpipalya have taken a lead. However, there seems to be a tough contest here.

It was believed that the first result would come from Anuppur, but BJP registered the first victory from Mandhata. On the other hand, Sumitra Kasdekar has won in Nepanagar. Nandkumar Chauhan congratulated him by feeding him sweets.

It was believed that the first result would come from Anuppur, but BJP registered the first victory from Mandhata. On the other hand, Sumitra Kasdekar has won from Nepanagar. Nandkumar Chauhan congratulated him by feeding him sweets.

BJP candidates are continuously leading in the Bundelkhand seat. Minister Govind Singh Rajput has maintained the edge since the beginning against Congress candidate Parul Shah who had switched from the BJP.

From Malhara, Pradyuman Lodhi of BJP has been running against Sadhvi Ramsia from Congress.