Prime Minister Narendra Modi attended the last day the day of Parliament’s Monsoon Session which concluded on Wednesday, eight days ahead of the schedule. 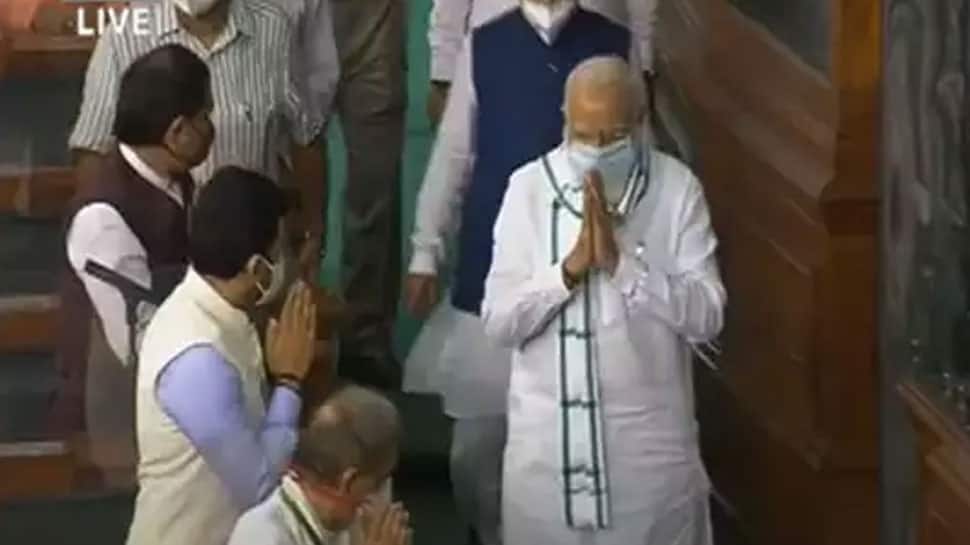 Parliament’s gallery and the passage to the central hall reverberated with the slogans till the PM appealed to the MPs to settle down. The PM graciously accepted their greetings with folded hands. PM Modi joined the house an hour after it assembled for the day at 6 PM.

The Speaker and other parliamentarians welcomed the Prime Minister after he entered the House when a debate was going on at Major Port Authorities Bill, 2020.

Meanwhile, Rajya Sabha was adjourned sine die in the afternoon.

Possibly for the first time, the two Houses met at different times in a day to ensure social distancing norms against the backdrop of the COVID-19 outbreak.

Lok Sabha Speaker Om Birla said that the House has set a new record in terms of work productivity in this monsoon session of the House.