Maharaja Agrasen was a legendary king of Agroha, which was a city of traders. 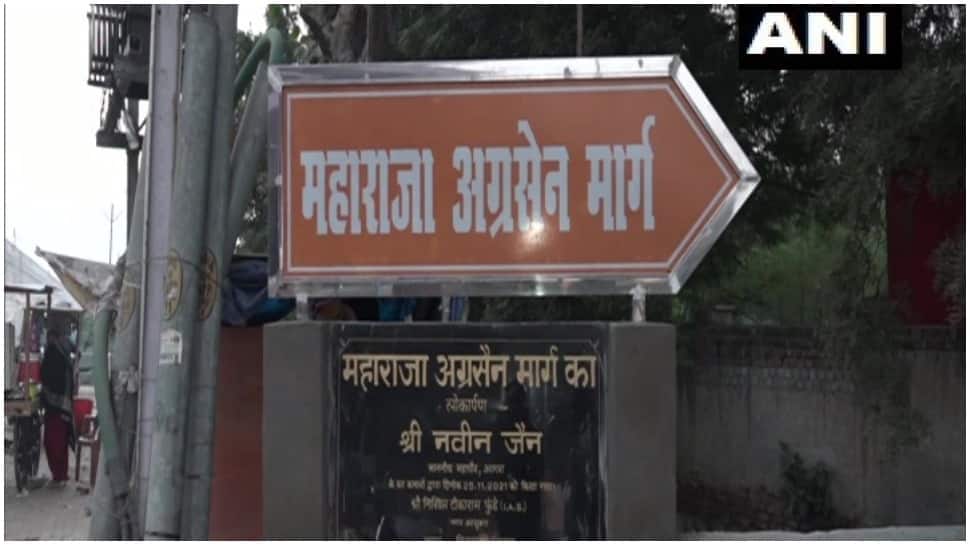 Agra: Mughal Road in Agra was rechristened as Maharaja Agrasen Marg on Thursday.

"The upcoming generation should be inspired by prominent personalities," said Agra Mayor Naveen Jain on the decision of renaming the street.

He also said, "The Mughal Road in Agra has been renamed as Maharaja Agrasen road. He has thousands of followers in Kamla Nagar, Gandhinagar, Vijaynagar Colony, New Agra zone, Balkeshwar areas. They had come here on the occasion of renaming of the road and paid their tributes to him."

Maharaja Agrasen was a legendary king of Agroha, which was a city of traders.

According to Jain, idols of great personalities will be set up in two parts of the state.

"A statue of Gokula Jat, a great warrior will be installed in front of Victoria Park. Also, a statue of Maharana Pratap will also be set up at Yamuna Kinara Road. We have asked Chief Minister Yogi Adityanath and Union Home Minister Amit Shah to inaugurate the statue," he said.

Jain says that the aim of such initiatives is to help the current and upcoming generations get acquainted with various great personalities of the country.