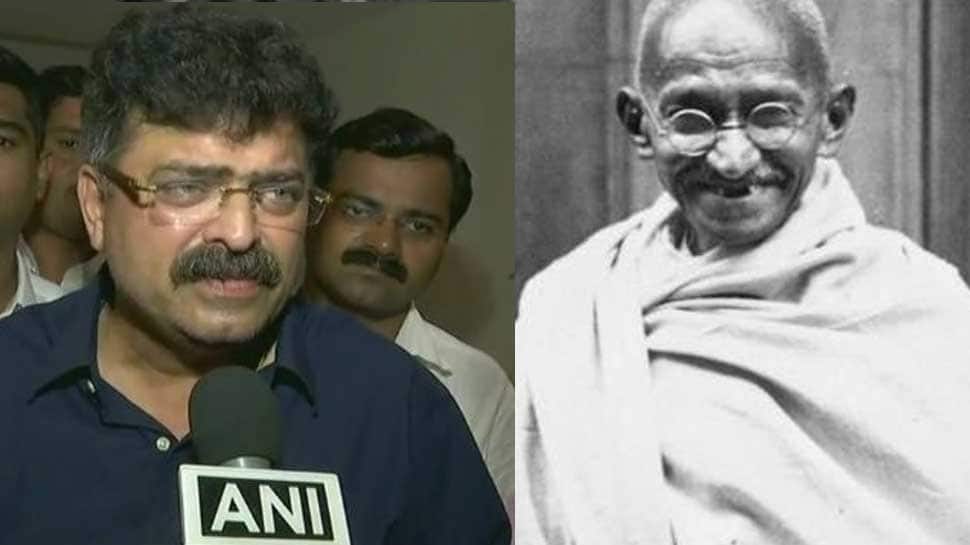 MUMBAI: Mumbai-based IAS officer Nidhi Choudhary has triggered a row by making a controversial tweet about 'Father of Nation' Mahatma Gandhi in which she also allegedly glorified his assassin Nathuram Godse.

On 17 May, Nidhi had tweeted, "What an exceptional celebration of 150th birth year is going on. High time, we remove his face from our currency, his statutes from across the world, rename institutions/roads named after him! That would be a real tribute from all of us! ThankU Godse for 30.01.1948."

It may be noted that Sadhvi Pragya is now an elected BJP MP from Bhopal.

However, in view of her intense criticism, she deleted her previous tweet and clarified that her earlier tweet was misunderstood and she would never even dream of insulting Mahatma Gandhi.

"I have deleted my tweet of 17.05.2019 w.r.t. Gandhiji because some people misunderstood it. If only they had followed my timeline since 2011 they would`ve understood that I would NEVER even dream of insulting Gandhiji. I bow before him with the deepest regard and will do till last breath," she tweeted. 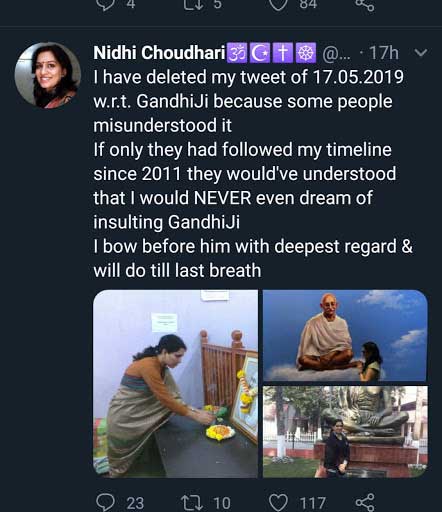 Reacting to it, the Nationalist Congress Party (NCP) had demanded the immediate suspension of Nidhi Choudhari for her alleged derogatory tweet about Mahatma Gandhi and for purportedly glorifying Nathuram Godse, who assassinated 'Bapu'.

"We demand the immediate suspension of IAS officer Nidhi Choudhari for her derogatory tweet against Mahatma Gandhi. She gloried Nathuram Godse. This should not be tolerated," NCP leader Jitendra Awhad said while addressing a press conference.

It may be noted that during the last phase of 2019 Lok Sabha election, some top BJP figures, including Sadhvi Pragya, had courted controversy for their alleged remarks glorifying Godse. However, they later regretted making the statement and tendered an apology.

The BJP top brass too cautioned its leaders to follow restraint while commenting on sensitive subjects.

GoAir employee wishes mother on birthday, then kills self