“Mumbai, Delhi, big cities are practically free of COVID. But we can't rest on that situation because we are constantly vigilant, telling our citizens to take precautions so that we don't have a third wave,” Foreign Secretary Harsh Vardhan Shringla told UK officials. 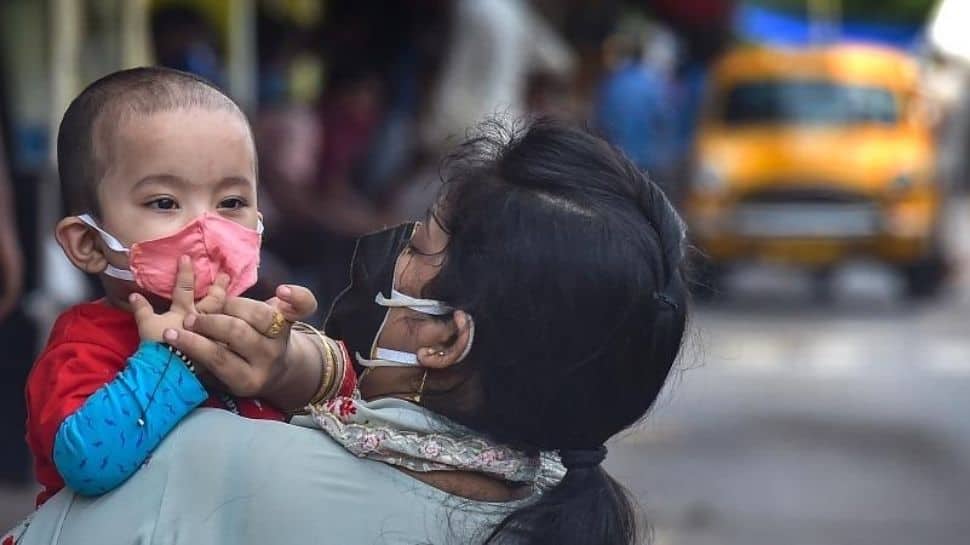 New Delhi: The UK Foreign Office officials have been briefed on the current COVID-19 pandemic situation in India, where many big cities are practically COVID-free, and encouraged to consider a review of the travel ban on visitors from India, Foreign Secretary Harsh Vardhan Shringla said on Saturday (July 25, 2021).

Shringla, who arrived in the UK for a two-day visit on Friday to take stock of the Roadmap 2030 towards closer UK-India ties agreed between Prime Ministers Narendra Modi and Boris Johnson, also shared plans for a reciprocal vaccine certification system to be unveiled by the Indian government soon to facilitate international travel.

During his visit, he held meetings with senior UK government representatives, including Permanent Under-Secretary in the Foreign, Commonwealth and Development Office (FCDO) Sir Philip Barton and FCDO minister for South Asia Lord Tariq Ahmad. “Mumbai, Delhi, big cities are practically free of COVID. But we can't rest on that situation because we are constantly vigilant, telling our citizens to take precautions so that we don't have a third wave,” said Shringla.

“I briefed them [UK officials] on the COVID situation in India. I pointed out that France had cleared visitors from India without quarantine, if they are double vaccinated and have a negative test. The US has upgraded India in the travel scheme, encouraged the UK to do the same and they took note of it,” he said, in response to a question on international travel.

Under the current rules, India remains on the travel ‘red list’, which effectively bans visitors from India, with returning citizens required to undergo a compulsory 10-day hotel quarantine on entry to Britain. With reference to instances of the India-made Oxford/AstraZeneca vaccine, Covishield, not being recognised by the European Union (EU), the Foreign Secretary reiterated that AstraZeneca had applied to the European Medicines Agency (EMA) on behalf of the Serum Institute of India (SII) in a letter dated May 14.

“It's an Oxford/AstraZeneca vaccine being manufactured under a transfer of technology in India so there can't be any difference in product between that produced at the Serum Institute of India (SII) or anywhere else,” said Shringla.

“The EU has said they will leave it to individual member states to decide and 14 EU countries have already recognised Covishield, two of them have also recognised Covaxin suo moto. We are now asking all countries that you recognise our vaccine certification on a mutual reciprocal basis, recognising the integrity of that process,” he said. The Foreign Secretary also reflected on the “severe” second wave of the COVID-19 pandemic faced by India earlier this year and welcomed the critical support from partner countries with essential supplies, including the UK.

“When I met my UK interlocutors, I also thanked them for the level of spontaneous support we received in the form of oxygen plants, concentrators, cylinders. One of the first flights that came in was from the UK. It was a great morale booster, which lifted confidence at a time when things looked despondent, not for any other reason but the short period of time when there was a gap between demand and supply,” he recalled. Giving an update on the current situation in India, the Foreign Secretary said India had now reached a point where it is able to supply its excess liquid oxygen and life-saving medication like Remdesivir to neighbouring countries in need, including Nepal, Bangladesh, Indonesia and Thailand.

“Wherever there is need, it is incumbent upon us as a member of the international community to support those needs,” he said.

“What is important to note is that this is a global phenomenon. It is cyclical; it is going to happen in different parts of the world,” he added.

On India's vaccination drive, the Foreign Secretary said 410 million doses of vaccines have been administered and production is being ramped up in the country to increase the rate of acceleration. “Our effort is to ensure all eligible 950 million citizens in the country are vaccinated and we'll attain a level of immunity that will make the impact of COVID-19 minimum,” he said.