Navjot Singh Sidhu has made no mention of India's efforts to bring back its IAF pilot but was generous in his praise for Imran Khan. 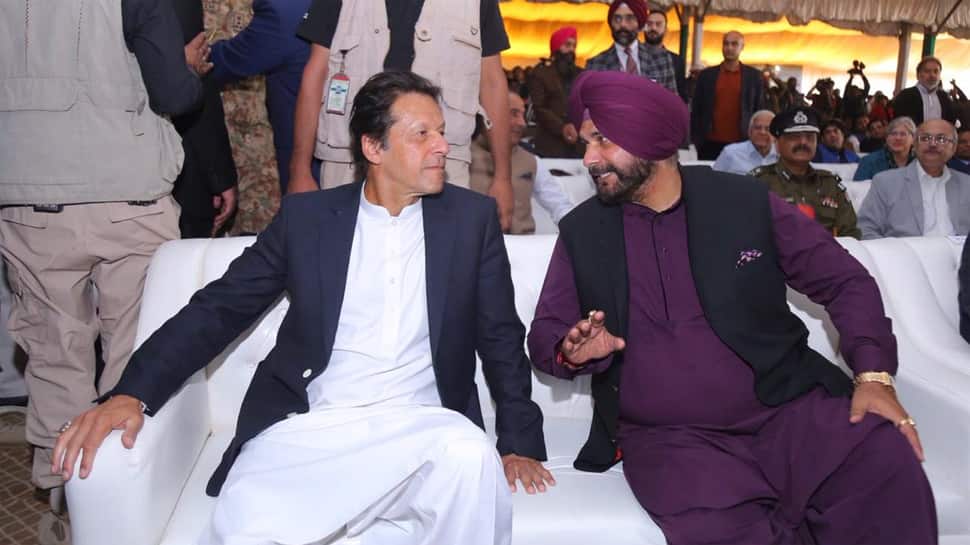 Making no mention of India's strong message to Pakistan for the immediate and safe return of IAF pilot Wing Commander Abhinandan Varthaman, Navjot Singh Sidhu chose to congratulate Imran Khan for the decision to release him from Pakistan's captivity.

Sidhu, who had been silent when videos of an injured Abhinandan were doing the rounds of social media, was quick to wish the Pakistani PM for deciding to release the IAF pilot. "@ImranKhanPTI Every noble act makes a way for itself... your goodwill gesture is ‘a cup of joy’ for a billion people, a nation rejoices... I am overjoyed for his parents and loved ones (sic)," he wrote on Twitter on Thursday.

@ImranKhanPTI Every noble act makes a way for itself... your goodwill gesture is ‘a cup of joy’ for a billion people, a nation rejoices...
I am overjoyed for his parents and loved ones.

A day earlier, India had registered a strong protest against the videos of Abhinandan released on social media and had termed it a vulgar display of an injured IAF personnel. India had also mobilised the world community about the ground situation and demanded that the IAF pilot is handed back immediately. Sources had said that Pakistan was trying to create a 'Kandahar-like pressure' but India had ruled out any deals or negotiations for the release of its IAF personnel.

Sidhu, however, chose to focus on Imran's 'goodwill gesture'.

The cricketer-turned-TV personality-turned politician had faced massive backlash earlier this month for saying that Pakistan must not be blamed for the Pulwama attack. The dastardly attack was claimed by Jaish-e-Mohammed which is based in Pakistan and is a terrorist organisation that enjoys the patronage of Pakistan army and its secret service agency. There were demands that Sidhu be sacked as Punjab state minister even as Congress on Thursday had distanced itself from him. "If Navjot Singh Sidhu has an opinion, that is his personal opinion and not that of the Congress," party spokesperson Manish Tewari had said. (Read full report here)