The man was later apprehended and fined, informed Sule. 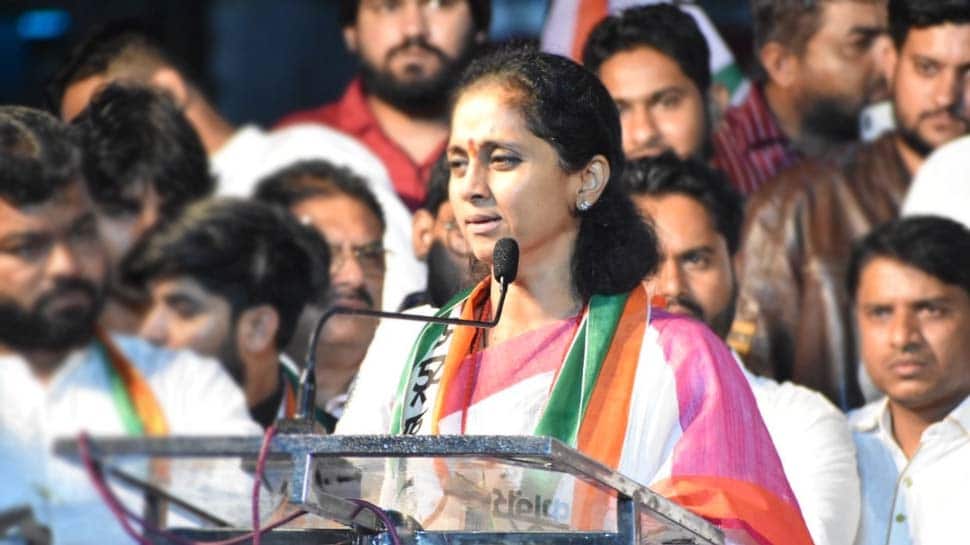 MUMBAI: Nationalist Congress Party supremo Sharad Pawar's daughter and Baramati MP Supriya Sule was allegedly harassed by a man touting for taxi service on train at Mumbai's Dadar Station. Tweeting about the incident, the lawmaker said the man tried to accost passengers on train and even posed for a photo with her.

Sule lodged a complaint against Kuljit Singh Malhotra with the Railway authorities at Dadar Station and the police. She claimed that the man barged into her railway compartment, forcibly touting a taxi service. He was later apprehended and fined, she added while thanking Railway Protection Force for quick action.

“Witnessed a strange experience at Dadar Station. A man by the name of Kuljit Singh Malhotra entered the train and was touting for Taxi service. Despite a refusal twice he blocked my path, harassed me and shamelessly even posed for the photo,” he tweeted.

Tagging the Ministry of Railways, Sule says, “@RailMinIndia Kindly Look into the matter so that passengers don't have to experience such incidents again. If touting is permitted under the law, then it cannot and should not be permitted within train stations or airports, and only at DESIGNATED taxi stand.”

“Post the incidence and on complaining to the rail authorities at Dadar Station & the police,the said tout has been apprehended & fined, as per a message from the RPF police officers.Thank you, RPF for ur prompt action.Inconvenience should not be caused for ANY rail  passenger,” she added.

In another fallout, a crackdown has been ordered on unauthorised cabbies operating in the vicinity of all the railway termini like Dadar Terminus, Lokmanya Tilak Terminus, Bandra Terminus, Mumbai Central Terminus and Chhatrapati Shivaji Maharaj Terminus, where thousands of passengers - including VIPs - throng daily, said another official, reported news agency IANS.