Even as India and China try to solve the border issue at the Line of Actual Control (LAC) diplomatically, the two nation are also deploying their respective Armies in the area near eastern Ladakh. 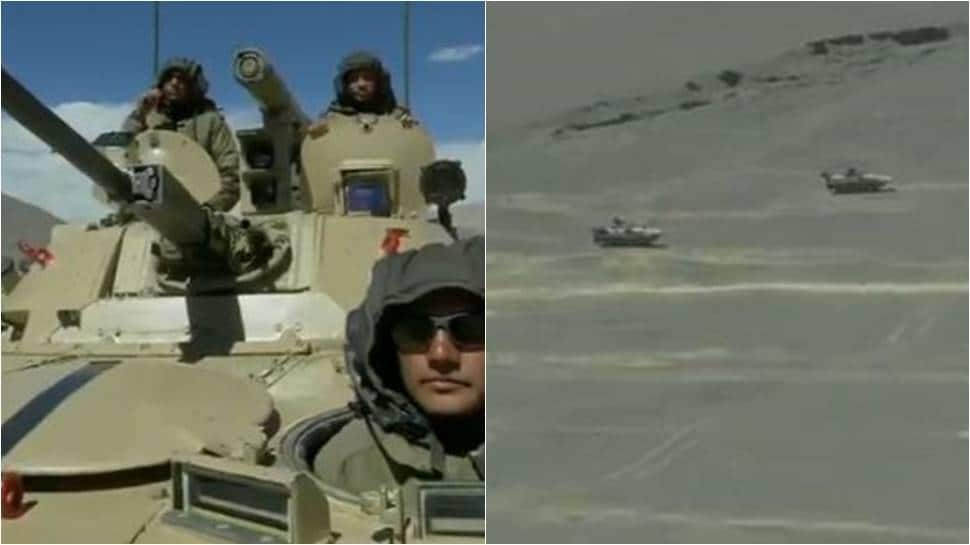 New Delhi: Even as India and China try to solve the border issue at the Line of Actual Control (LAC) diplomatically, the two nation are also deploying their respective Armies in the area near eastern Ladakh.

The Indian army tanks and armoured personnel carriers were spotted in forward locations at eastern Ladakh in a video released by the Centre today, as tweeted by news agency ANI.

#WATCH Indian Army deploys T-90 & T-72 tanks along with BMP-2 Infantry Combat Vehicles that can operate at temperatures up to minus 40 degree Celsius, near Line of Actual Control in Chumar-Demchok area in Eastern Ladakh.

Note: All visuals cleared by competent authority on ground pic.twitter.com/RiRBv4sMud

The videos show rows of T-90 tanks and BMP vehicles in Chumar-Demchock. It looks that the army is now determined to strengthen security in the whole area.

Major General Arvind Kapoor, the Chief of Staff of 14 Corps informed that the Fire and Fury Corps is the only formation in the Indian Army and probably in the world to have actually deployed mechanised forces in such harsh terrain.

''Fire and Fury Corps is the only formation of Indian Army and also in the world to have actually deployed mechanised forces in such harsh terrain. Maintenance of tanks, infantry combat vehicles and heavy guns is a challenge in this terrain,'' he told ANI.

The Major General further said, "Winters in Ladakh going to be harsh. We're absolutely in control as far as advanced winter stocking&forward winter stocking is concerned. High calorific and nutritious ration, fuel and oil,winter clothing and heating appliances all available in adequate numbers."

Amid an impasse over disengagement, India has warned China that its soldiers will open fire in self-defence if the People's Liberation Army (PLA) troops come to India's positions at LAC, government sources said on Friday.

After the Galwan Valley incident on June 15 which led to both the sides losing soldiers, the tactics of China is to come forward in huge numbers near the patrolling points of India.

India, however, has maintained that it is ready to resolve the border issue in a peaceful manner and wants the Chinese side "to work together with us".